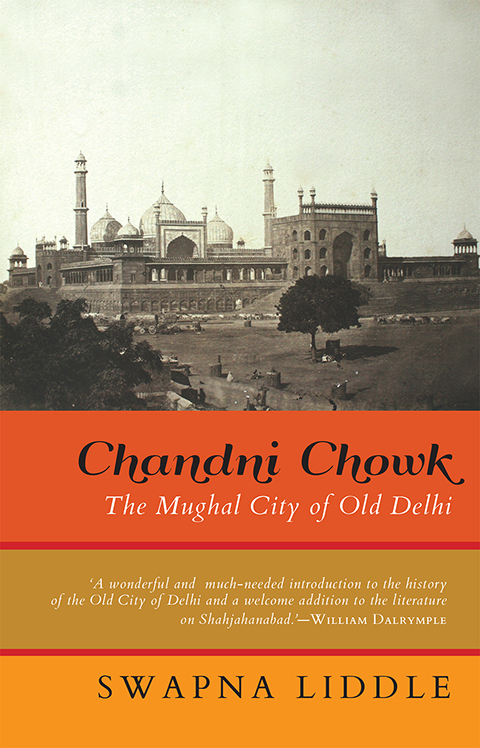 What we know today as Chandni Chowk was once a part of one of the greatest cities of the world—the imperial city established by the Mughal emperor Shahjahan in the seventeenth century, and named after him—Shahjahanabad. This is the story of how the city came to be established, its grandeur as the capital of an empire at its peak, and its important role in shaping the language and culture of North India. It is also the story of the many tribulations the city has seen—the invasion of Nadir Shah, the Revolt of 1857, Partition. Today, Shahjahanabad has been subsumed under the gigantic sprawl of metropolitan Delhi. Yet it has an identity that is distinct.

Popularly known as Chandni Chowk, its name conjures up romantic narrow streets, a variety of street food and exotic markets. For Shahjahanabad is still very much a living city, though the lives of the people inhabiting it have changed over the centuries. Dariba Kalan still has rows of flourishing jewellers’ shops; Begum Samru’s haveli is now Bhagirath Palace, a sprawling electronics market, and no visit to Chandni Chowk is complete without a meal at Karim’s, whose chefs use recipes handed down to them through the ages for their mouth-watering biriyani and kebabs.

Swapna Liddle draws upon a wide variety of sources, such as the accounts of Mughal court chroniclers, travellers’ memoirs, poetry, newspapers and government documents, to paint a vivid and dynamic panorama of the city from its inception to recent times.