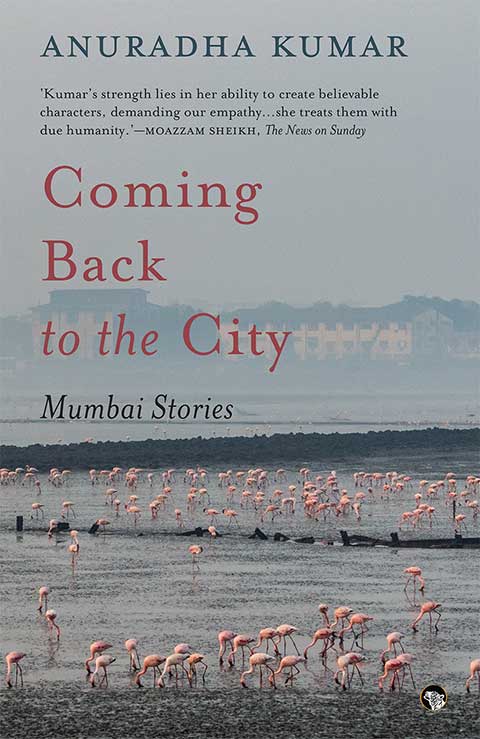 Coming Back to the City

In Parel’s Jupiter Mills chawl—one of the few remaining in Mumbai—live many long-time residents. Among them, Pooja, restless and trapped in an unhappy marriage, who finds joy in her flourishing dabba service and attempts at learning English, even as her husband Mahesh flirts with the underworld and dreams of zipping through the streets in his boss’s yellow Mercedes-Benz. Pooja’s friend, Vasudha, a scheming single mother who hopes to give her daughter a better life in the treacherous city. And their upstairs neighbour, Dr Joshi, a famed artist, who has hidden away two paintings—one of a murder he witnessed, and the other a striking portrait of Pooja. In the parallel Mumbai of high-rises that loom over the city’s slums and chawls live the affluent few: Suhel, a confirmed bachelor, who finds himself falling in love—first with a portrait and then its subject, Pooja. An upcoming politician of dubious repute, Mahesh’s boss Ghatge, whose devious intentions could destroy the peace of Jupiter Mills. A young and disturbed journalist Raina Gupta who opens up old wounds when she interviews veteran activist Neera Joshi about the mill-workers’ strike of the 1980s and her scandalous affair with its assassinated leader. And Dr Sneha Desai, a successful but lonely radiologist, fighting to restart her sex-education classes for adolescents in a municipal school. In the Mumbai of mills and malls where everything—especially land—is at a premium, the chawl becomes the target of greedy real-estate barons and sleazy politicians, thus bringing together this interconnected cast of characters. As vast and diverse as Mumbai itself, Coming Back to the City draws us effortlessly, completely into the lives of the people who animate the maximum city, even as they are consumed by it—people caught in a web of unexpected love, desperate ambition and endless, addictive optimism.