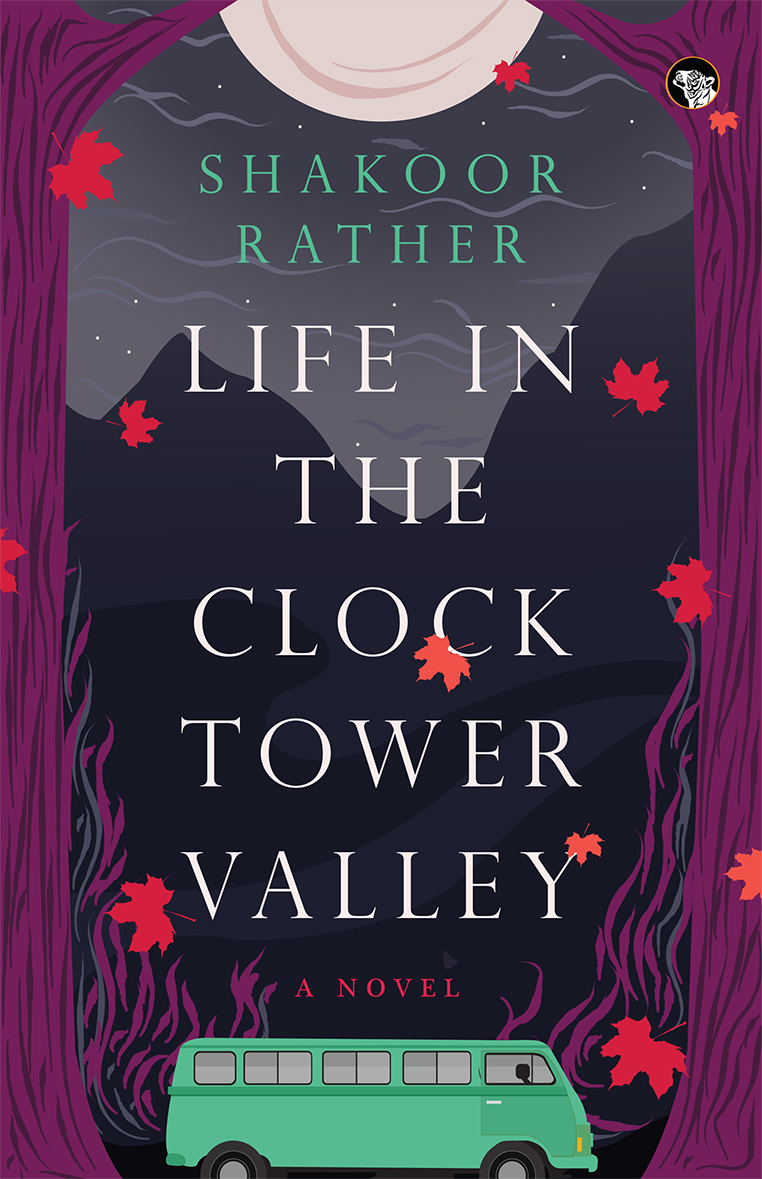 Life in the Clock Tower Valley

Srinagar, summer of 2008: the chinar trees are shedding leaves, outdated matadors are still polluting the streets and checkpoints with men in army fatigue dot the city.

Samar, a college student, is head over heels in love with Rabiya, his batchmate. Secret rendezvous in matadors, campus corridors and at the city’s historical sites help them to get to know each other better. But will their love survive the unending curfews and their families’ opposing political allegiances?

Sheikh Mubarak, Samar’s neighbour, is a famed metal craftsman stuck in a loveless marriage. He is further distanced from his unsympathetic wife, Naziya, when he loses his cherished pregnant cow on a curfewed night. Will their marriage survive the arrival of Rosaline, a tourist from New York?

Sana, Mubarak and Naziya’s five-year-old daughter, is best friends with Pintoji, the neighbourhood simpleton. Both chase their little dreams together with a wide-eyed curiosity, ignoring the adults who frequently indulge in the stone-throwing game. But what happens when Pintoji ventures out without a care during a curfew?

Delicate and sensitive, Life in the Clock Tower Valley is an unusual debut novel that travels between Kashmir’s pristine past, its grievous present and always-uncertain future, giving us an insider’s view to everyday life and emotions in the conflict-ridden valley.