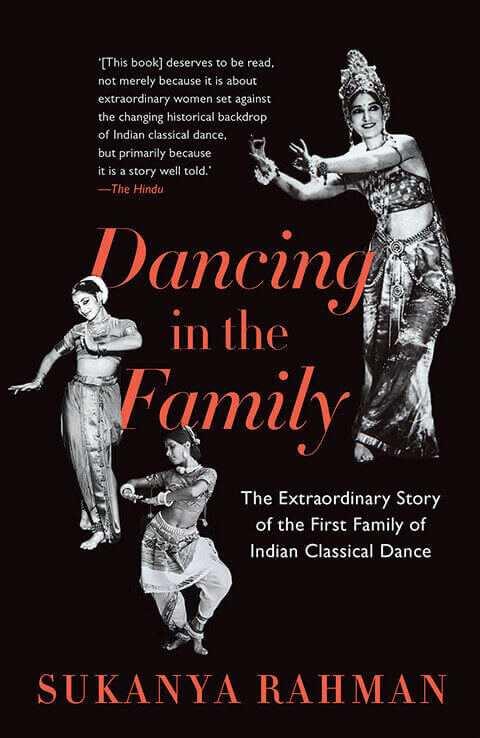 Dancing in the Family

This intimate memoir begins with Esther Luella, who in the Orientalist frenzy of 1920s America became increasingly immersed in Indian dance and changed her name to ‘Ragini Devi’, then eloped tumultuously to India. Here her stubborn pursuit of what she felt she had been reincarnated for resulted in an acclaimed career as a Bharatanatyam and Kathakali dancer. Yet a gypsy fortune-teller had predicted that her daughter’s fame would eclipse her own, and indeed it was Indrani Rahman—rebellious, talented, beautiful, defying her mother by marrying aged fifteen—who truly brought Indian classical dance to the world stage; a pioneer who introduced Odissi, until then performed only by the marginalized Devadasi community, to widespread appreciation.

Sukanya Rahman, granddaughter to Ragini and daughter to Indrani, explores the truths behind their celebrated lives against the history of the dances they popularized in pre- and post-Independence India. She delves into her own life with the same unassuming candour, reflecting upon her simultaneous desire and inability to draw away from this potent inheritance of dance. Ultimately an ode to these remarkable women so significant to Indian dance, Dancing in the Family is an intergenerational memoir recounted with a frank authenticity which makes for a compelling read. More than fifty archival family photographs, dating from 1893, contribute to making this book a gem in the history of Indian dance.