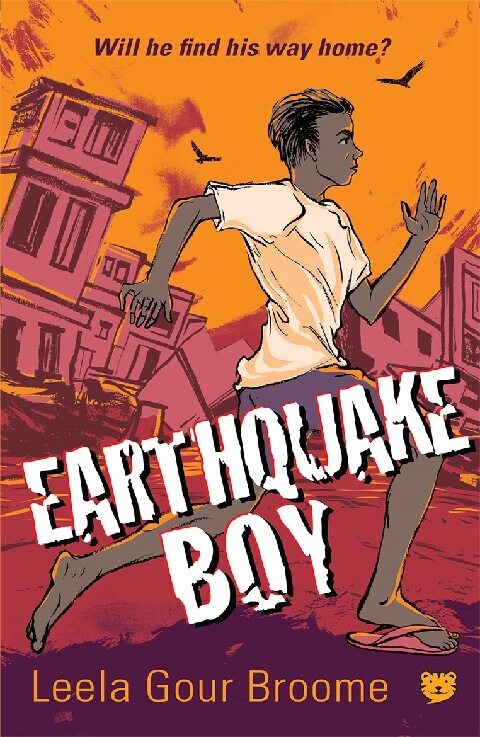 Earthquake Boy – January 2001: A twelve-year-old boy is found under a pile of rubble after the devastating earthquake in Bhuj. Miraculously, he’s still alive. But he doesn’t remember anything—not even his name. Binna—the boy with no name—is slowly recuperating in a hospital, when he overhears he’s going to be transferred to an orphanage. Terrified at the thought, Binna runs away to Mumbai, becoming one of the many homeless children in the city. Living out of a rest room in Charni Road station, Binna soon finds work in a nearby Udupi restaurant and develops a bond with his fellow workers. But after two terrifying encounters with a local criminal and his gang of thieves and beggars, he is eventually taken in by an NGO that cares for young runaways. Here, he forms deep friendships and grapples with memories from his past—a Ganesha idol, the smell of incense and the familiar lilt of Marathi. Will Binna ever find his way back to his family? Heart-warming and moving, Earthquake Boy is a compelling adventure story that brings to life the reality of abandoned and orphaned children living on their own in the big cities of India.