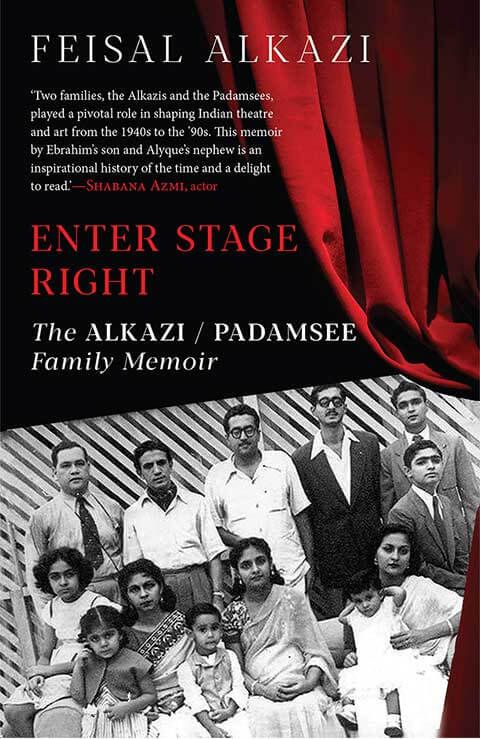 Bombay, 1943. The young Parsi actress who was playing Salome in the newly founded Theatre Group’s production of Oscar Wilde’s eponymously titled play drew the line at performing the Dance of the Seven Veils, a sort of ‘Biblical striptease’. So director Sultan Padamsee’s 19-year-old sister Roshen stepped in. And met the handsome, intense Arab who played the male lead—Ebrahim Alkazi. In 1946, they were married. Thus was forged one of the greatest alliances in the world of theatre and art in post-Independence India.

Ebrahim Alkazi took English theatre from its early beginnings in Bombay to national and even international acclaim as he directed and acted in more than a hundred plays, ranging from Oedipus Rex, Murder in the Cathedral and Macbeth in the 1950s, to Ashadh Ka Ek Din, Andha Yug and Tughlaq in the ’60s and ’70s. As director of the fabled National School of Drama from 1962 to 1977, he launched some of the finest actors of our times, including Om Shivpuri, Om Puri, Naseeruddin Shah, Rohini Hattangadi, Manohar Singh and Uttara Baokar. Chief costume designer and seamstress for all his productions was Roshen Alkazi.

In 1977, when Ebrahim and Roshen decided to open Art Heritage in Delhi, it gave a new dimension to the world of art, as the leading artists of the day, including M.F. Husain, Krishen Khanna, F.N. Souza, Tyeb Mehta, K.G. Subramanyam and Laxma Goud, flocked to this space that was not just a ‘commercial’ gallery, but a foundation for documenting and preserving the arts.

With more than 50 rare photographs, Enter Stage Right is the story of theatre in India as it has never been told before…to be treasured by theatre buffs, and savoured by anyone who loves a good story.