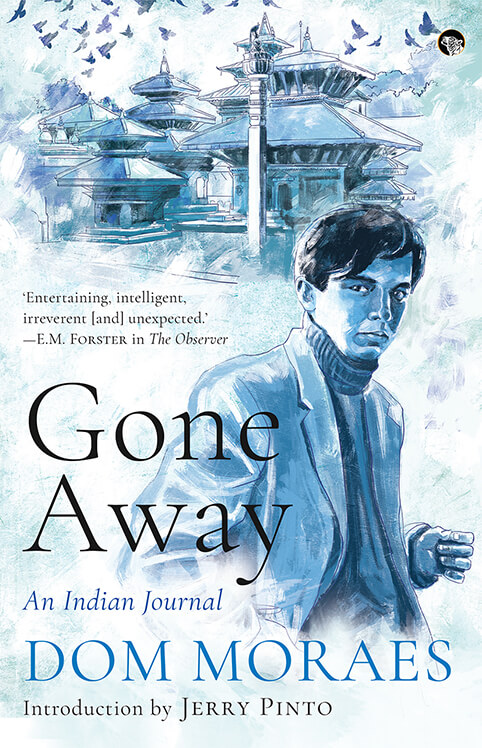 Gone Away: An Indian Journal

One of the most unconventional travelogues ever written, Gone Away covers three months of Dom Moraes? life spent in the subcontinent at the time of the Chinese incursions on the Tibetan border in 1959. In that short time, a remarkable number of memorable things happened to him, some of them the sort of fantastic situations that could only enmesh a poet, perhaps only a young poet?a visit to a speak-easy in Bombay; an interview with Nehru and an hour spent closeted with the Dalai Lama in Delhi; and a meeting with the great Nepalese poet, Devkota, whom he found already laid out to die by the side of the holy river Basumati. After a short stay in Calcutta, where he tried, with limited success, to investigate the lives of prostitutes, he went up to Sikkim, the north-eastern border state into which no visiting writer had been allowed for almost a year. Having made his way by jeep right up to the frontier, he ran into a Chinese detachment and was shot at, but escaped to safety.

Full of humour, felicity of phrase and oddity of behaviour, Gone Away communicates the special excitement of the traveller on every page. Unforgettably funny is the account of the Sikkimese soccer match played in an impenetrable mist and involving the loss of several footballs kicked over an adjoining cliff. Yet, though humour and irreverence prevail through the pages, this is a book which catches and holds the mood of modern India and illuminates as much as it entertains.