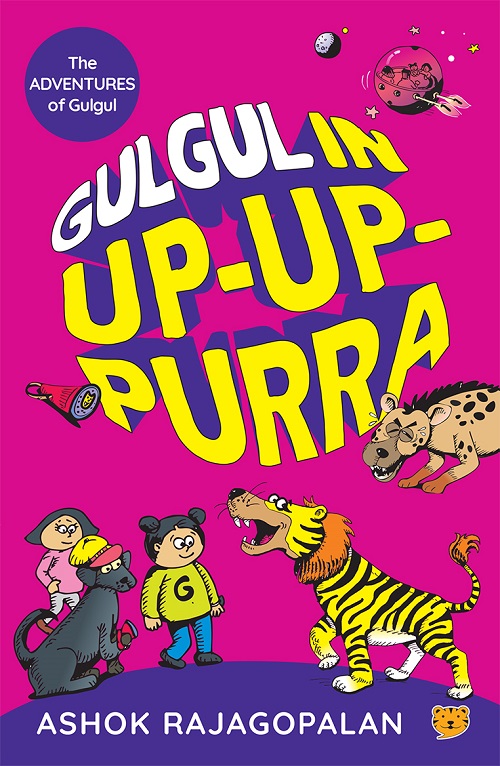 Who is better? Cats or dogs? Join Gulgul in the planet of cats and dogs and find out the answer to this question!

When Gulgul lands up in Planet Up-up-purra by mistake, she is astonished to find it filled with dogs and cats who keep fighting with each other over all the time.

Soon Gulgul finds herself in the middle of a lol-fight—a fight which is decided based on the funniest jokes and loudest laughs. Will the dogs win it with Hawhaw, the laughing hyena? Or will it be the cats with Laffy the lolligerion?

As hilarious as it is clever, filled all kinds of wordplay, Gulgul in Up-up-purra will have readers barking with laughter.