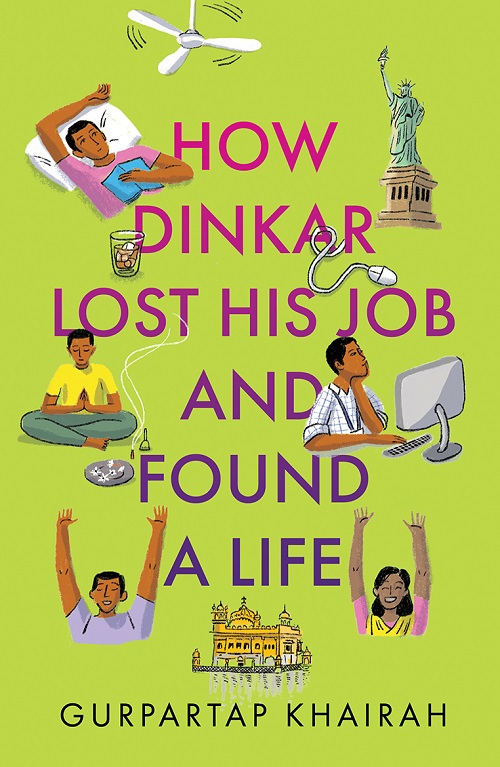 How Dinkar Lost His Job and Found a Life

Twenty-nine-year-old Dinkar Sharma is a software engineer in Noida. Or was, till he was unceremoniously dropped by his company. Lying around in his rented room with nothing to do, it occurs to him how his heart had never been in it. In fact, for the first time he realizes just how unhappy he has been. What makes it worse is that after this brief holiday of sorts, he must get back to a new life—exactly like the one he had.

Cheer seems to return to his life with Kirti, a girl he meets at a laughter ‘club’ when he decides to go for a walk one morning, to take his mind off his miserable life, if nothing else. Kirti’s arrival makes even his nosy landlady bearable. But the euphoria is short-lived, and he’s off to Amritsar for he can’t afford to live in Noida without a regular pay check. The change of air doesn’t last though—his mother, worried about his lack of motivation to look for new jobs, is convinced he must get married to become more responsible; his father has little say, and his friends can offer little help beyond their drink-and-drive sessions. Unemployed, with no plans for the future, and feeling trapped in the only place he can call home, Dinkar knows he must stand up for himself, but he isn’t sure he can—all his life’s important decisions have only ever been made by someone else. Will the drifter come ashore; will the adolescent grow up?

Playful, endearing and often laugh-out-loud funny, this is a coming-of-age story of a not-so-young Indian boy—one among millions—trying to find a life.