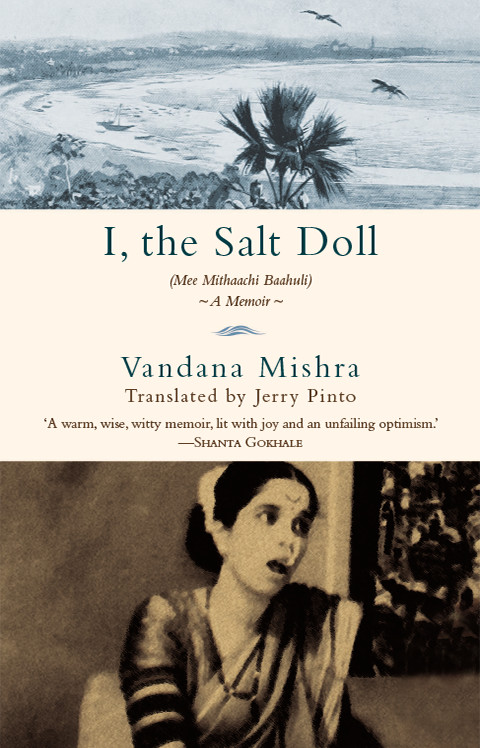 I, the Salt Doll

A richly detailed and intimate history of an extraordinary life and an extraordinary city, full of warmth, humour, empathy and wisdom.’ Sushila Lotlikar was barely in her teens when tragedy forced her to give up her education and join Parshwanath Altekar’s Little Theatre in Mumbai in 1940. But the young Konkani girl soon became a hit on the Gujarati stage and went on to storm the Marwadi stage. And then, at the age of twenty-one, she retired. Taking her mother’s advice—‘The world of cinema and theatre is like a coal shop, your hands are going to get black’—she married actor-writer Pandit Jaydeo Mishra and ‘moulted’ into Vandana Mishra. But in a singular twist of fate she was to return to the stage twenty-two years later and begin another glorious innings as a character actor. I, the Salt Doll is the story of an exceptional woman—talented, resilient and possessed of a tremendous zest for life. Equally, it is an engaging chronicle of an entire era—of life in India over half a century, beginning in the early 1930s. It is also a compelling portrait of Mumbai—seen from within; from the stage, from the heart of the old city, from the new suburbs—and in its own quiet way, a plea for the pluralism and diversity that made it a great metropolis. Vandana Mishra lived through some ‘interesting times’, and her singular voice in this narrative laced with songs and sayings will ring in your ears long after you have put the book down.