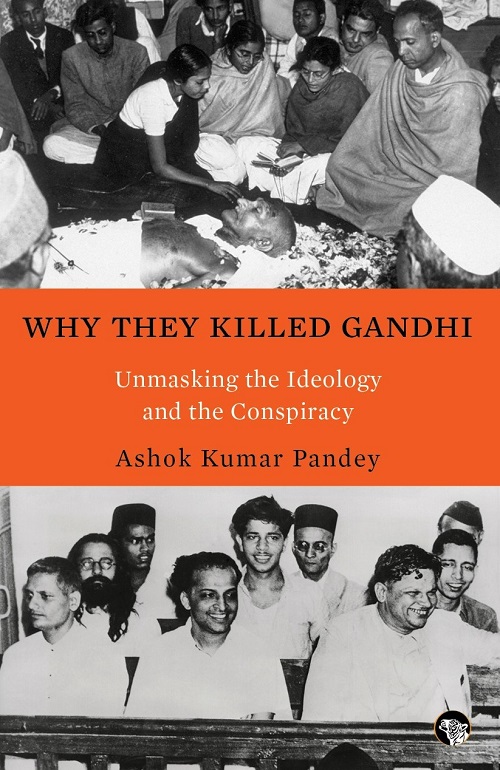 Why They Killed Gandhi: Unmasking the Ideology and the Conspiracy

Three bullets were shot into the chest of Mahatma Gandhi by a certain Nathuram Godse on the evening of 30 January 1948. His true motivations, however, are today actively obscured, and his admirers sit in the Indian parliament as members of the ruling establishment. This book is a timely effort to remind us that Gandhi’s killing was not a random act of a mindless killer. It was the culmination of a cold-blooded conspiracy.

The men who stood trial for the murder of Gandhi claimed that they were acting for a stronger, more united, India. Their 78-year-old peace-loving target, they felt, was the single biggest impediment to achieving that goal. They accused him of dishonesty and treachery; he was blamed for the Partition of India, for ‘appeasing’ Muslims; and condemned for ‘fail[ing] in his duty’ to the people of this nation. To them, Gandhi had to die because ‘there was no legal machinery by which such an offender could be brought to book’. Do any of the accusations have any claim to truth whatsoever? If not, what, then, was the actual intention that these arguments made by Godse were attempting to hide? And was V.D. Savarkar, among others, involved in the conspiracy?

Ashok Kumar Pandey’s Why They Killed Gandhi, translated from the celebrated Hindi original, lays bare the facts of the murder, and offers a passionate defence of the Mahatma and his politics, while simultaneously delivering a trenchant polemic against the ideology of bigotry and perpetual violence that killed him.