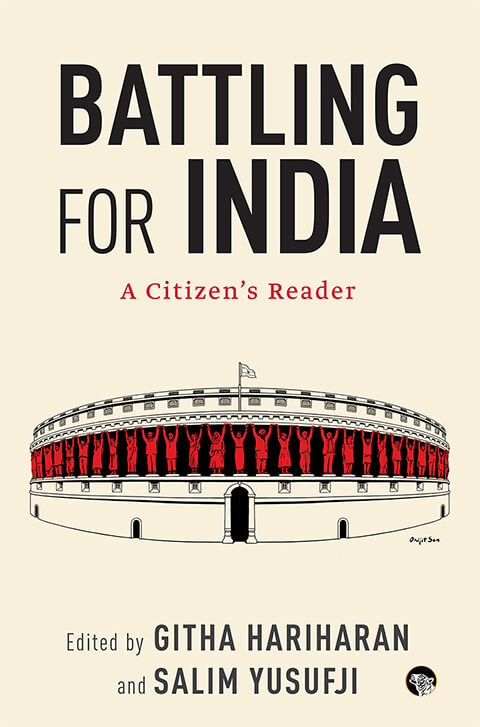 For well over a decade, there has been a battle going on in India, as old divisions and inequalities have become deeper. Since 2014, this battle has reached a feverish pitch with the combined onslaught of majoritarian politics and market-driven policies. There are now, as the editors of this anthology argue, two signposts as we enter the Indian nation—one reads: Battling India, and points to a domain of coercion and plunder; the other says: Battling for India, and invites us to spaces where many brave, indomitable people demand their share of dignity and lay claim to citizenship. This necessary collection brings us the voices and experiences of those who are battling for India through their private struggles and public activism: Alivelamma, a woman farmer. Huchangi, Rohith, Ravan—poet, scholar, activist; all dalit. Sukalo, Rajkishor, Leelabati—activist, poet, singer; adivasis. Eighteen-year-old Muddu Thirthahalli and ninety-one-year-old Nayantara, both writers. Amarjeet, Sonia and 2000 others gathered at a workers’ rally. Salima, Hafiz, Aslah, who refuse to be second-class citizens. Among them, and with them, are the voices of journalists, artists, teachers and students. Together, they speak to us of the many ways in which state and extra-state forces have been excluding more and more citizens from India. And together, they show us ways to re-make the nation envisioned by our Constitution—a nation whose people can, without exception, live as free and equal citizens.