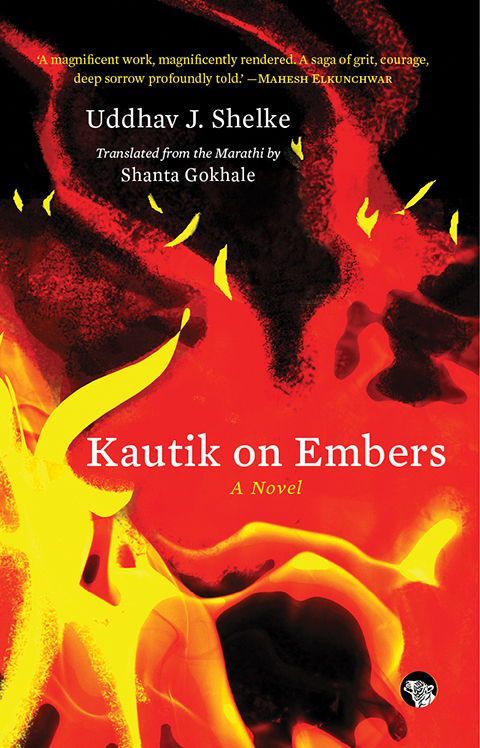 Kautik is prepared to work herself to the bone to feed her husband Mahadev and children Bhima, Nama and Yasodi. She not only drives herself hard, but drives them too, her only concern being that they should keep their dignity intact at all times. She pleads with her husband to pull his weight, often aiming sharp barbs at him. But Mahadev would rather sit under a tree smoking bidis than work. Bhima is a rebel, always on the lookout for opportunities to live a more exciting life. Nama is obedient and suffers for it. Yasodi is too young to make a difference. Ultimately, Kautik is alone in her fight for the family’s survival. However, when she discovers that nothing she does will ever be enough to defeat the calamities that life throws at her one after another, she crumbles, emerging through it all as a tragic heroine of epic proportions.

Kautik on Embers is a searing portrayal of the poverty, discrimination and desperation that continue to haunt the villages of rural Maharashtra. Originally published in Marathi in 1960 as Dhag, Uddhav J. Shelke’s terse narrative style and unadorned prose ensured its place in the Marathi literary canon as a modern classic. Shanta Gokhale’s outstanding translation now makes this iconic novel available in English.