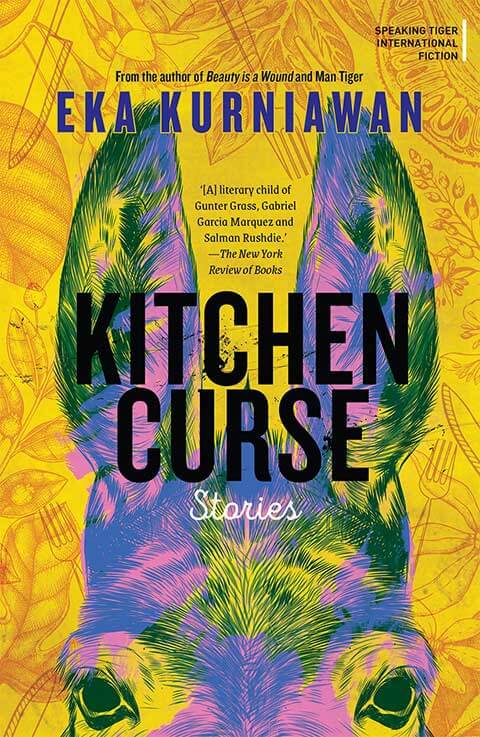 Nominated for the Man Booker International, Eka Kurniawan brings his short stories into English for the first time. Kurniawan’s freewheeling imagination explores the turbulent dreams of an ex-prostitute, the hapless life of a perpetual student, victims of an anti-communist genocide, the travails of an elephant, even the vengeful fantasies of a stone.

In 'Kitchen Curse', Maharani goes to her local museum looking for old recipes; her husband is abusing her, because she is a terrible cook. Instead of a recipe, she finds the old story of Diah Ayu, a peasant woman who becomes a Dutchman’s mistress during colonial times. Maharani goes home no longer wanting to be a better wife, but determined to free herself of the ‘kitchen curse’ of domestic life, plotting her husband’s murder. 'The Stone’s Story' is an unusual whodunit: a stone used to drown a woman in a river vows revenge on her killer. In 'Don’t Piss Here', Sasha, infuriated by the stench created by miscreants who piss outside her boutique, spends a night in the car park determined to find out who they are but discovers an unexpected sexual pleasure instead.

Dark, sexual, scatological, violent, and mordantly funny, each one of the sixteen stories in this collection bury themselves in the mind. Kurniawan’s fractured fables span city and country, animal and human, myth and politics; his characters and insights are at once hauntingly familiar, peculiar and twisted.