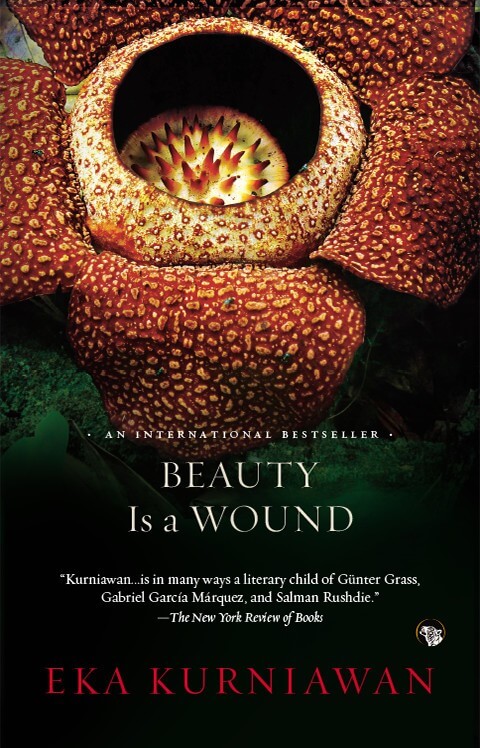 Beauty Is a Wound

The epic novel Beauty Is a Wound combines history, satire, family tragedy, legend, humour, and romance in a sweeping saga. The novel begins with the Japanese occupation of Indonesia, then a Dutch colony, at the time of World War II. The beautiful half-Dutch, half-Indonesian prostitute Dewi Ayu and her four daughters are beset by incest, murder, bestiality, rape, insanity, monstrosity, and the often vengeful undead. Kurniawan’s gleefully grotesque hyperbole functions as a scathing critique of his young nation’s troubled past: the rapacious offhand greed of colonialism; the chaotic struggle for independence; the 1965 mass murders of perhaps a million ‘Communists’, followed by three decades of Suharto’s despotic rule. Beauty Is a Wound astonishes from its opening line: ‘One afternoon on a weekend in May, Dewi Ayu rose from her grave after being dead for twenty-one years…’

Drawing on local sources—folk tales and the all-night shadow puppet plays, with their bawdy wit and epic scope—and inspired by Melville and Gogol, Kurniawan’s distinctive voice brings something luscious yet astringent to contemporary literature.