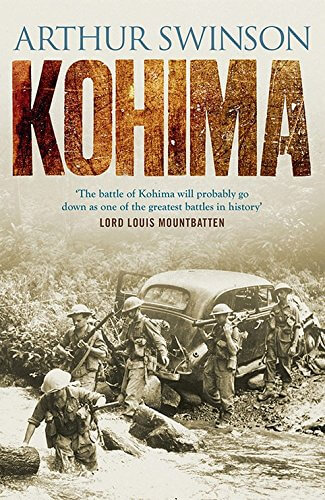 On 7 March 1944 Tokyo announced that the Japanese invasion of British India had begun. By mid-month, the Japanese 31st Division had crossed the Chindwin River in northern Burma, advancing on a wide front towards Imphal and Kohima. In bitter jungle fighting from early April, the British Fourteenth Army under Field Marshal Slim held the Japanese assault on Kohima Ridge. By late June the Japanese were in headlong retreat.

Kohima ranks for strategic importance with Alamein, Midway and Stalingrad. The increasing dominance of Allied airpower in the region in the aftermath of the battle was a major factor in turning the tide of the war in East Asia against the Japanese.

Drawing on documents and diaries from Japanese as well as Allied sources, Arthur Swinson, who served at Kohima, not only presents a thrilling and fascinating tale of heroism and combat action, but also analyses the political background to and long-term impact of a clash described by Mountbatten as ‘one of the greatest battles in history’.