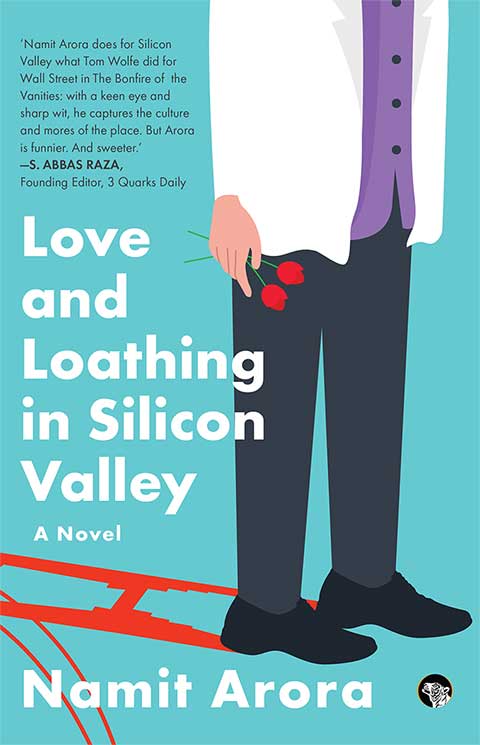 Love and Loathing in Silicon Valley

The year is 2003. Ved, a 36-year-old Indian in Silicon Valley, works for Omnicon, the world’s largest computer networking company. He finds his colleagues’ false bravado and pretensions to changing the world both sad and comical. As the Dotcom Crash starts exposing the hypocrisies of his profession, Ved must deal with the turmoil in his relationships with Sasha, a Russian escort and an ambitious immigrant like himself, and Liz, a spiritual-liberal American, with whom he can freely talk about books, politics, art and the meaning of life. As Ved is reevaluating his life choices, his traditional parents visit from India. Although fiercely proud of his success, they are anxious for him to ‘settle down’. Ved reflects on the vast gulf between their respective worldviews and the sacrifices they made to secure his future. Amid increasing racial hostilities after 9/11, the ongoing Iraq War and his own loneliness, Ved must finally confront his place in the American Dream and his inability to make room for companionship.

Love and Loathing in Silicon Valley is a perceptive, tender and satirical portrait of the hallowed grounds of Silicon Valley, and the quest for love and belonging.