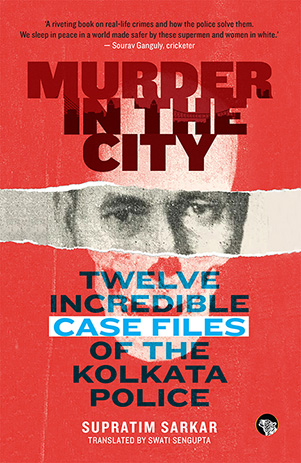 Murder in the City

‘A riveting book on real-life crimes and how the police solve them. We sleep in peace in a world made safer by these supermen and women in white.’—Sourav Ganguly, cricketer Brother kills brother using the plague bacteria as a murder weapon. A man is killed in his sleep and his body walled up in the house. A seemingly docile housewife masterminds a gruesome twin murder… The Kolkata Police is one of the oldest and most illustrious police forces in the country. In Murder in the City, Supratim Sarkar digs deep into their archives and chooses twelve astonishing cases to recount, bringing investigators, criminals and indeed the city to life in startling detail. Among the cases described in these pages are one where the method of ‘photographic superimposition’ was used for the first time ever in India to identify a body; another, where a single word led the police to a ruthless killer’s hideout; and an extraordinary case of a kidnap and murder that was solved even though the body was never found. Initially written in Bengali for the Kolkata Police Facebook page and website, these stories went viral and were shared widely when they appeared online for the first time. Here, they have been translated and compiled into a book that is as utterly gripping as it is fascinating.