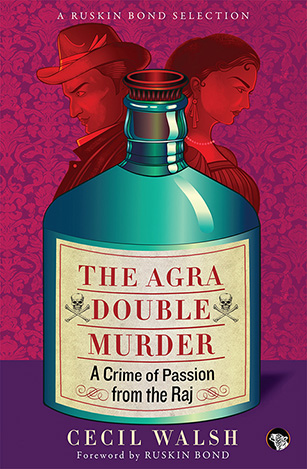 In 1909, Augusta Fullam, an English memsahib in Meerut, shocked polite English society by falling in love with Dr Clark, an Anglo-Indian of dubious reputation. Clark had long been unhappy in his marriage and upon meeting her, he instigated the double murder of their respective spouses. They conspired to slowly poison Mr Fullam. Bafflingly, Mrs Fullam described to Clark the effects of the poison on her husband in long passionate love letters. Mr Fullam eventually died in 1911 in Agra. Mrs Clark, though, was more poison-proof. So in 1912, a year after Fullam’s death, the desperate pair hired assassins to kill her. While investigating the murder of Mrs Clark the police discovered incriminating evidence against the pair, and arrested them. In this riveting book, which became a bestseller when it was first published in 1929, Cecil Walsh systematically draws upon Mrs Fullam’s letters to Clark, medical evidence and police and court records to recreate the gruesome murders. The true story of a crime of thwarted passion, The Agra Double Murder gives us fascinating insights into the minds of the perpetrators and a glimpse into life in colonial India.