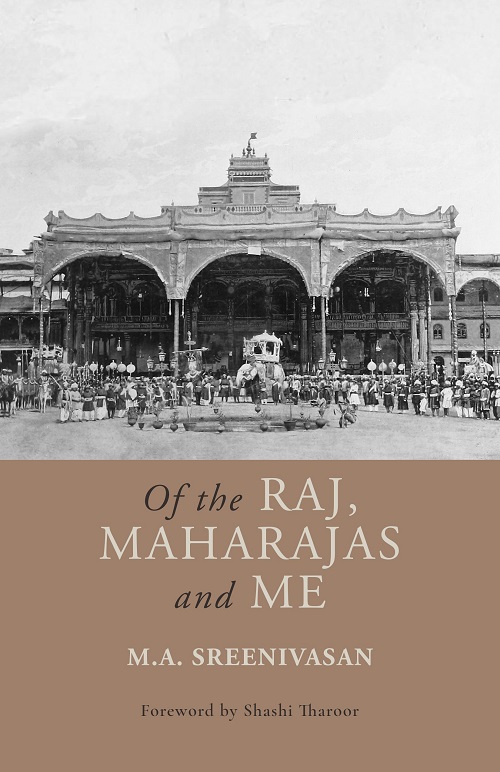 Of the Raj, Maharajas and Me

M.A. Sreenivasan (1897-1998) lived through almost the entire 20th century, and was among the very few people who witnessed at close quarters the enormous changes that took place in India during this period. Born in Madras, he belonged to a family that traced its origins to a disciple and associate of the great sage Ramanuja. Subsequent generations were Pradhans (ministers) of successive kings of Mysore for 150 years. Sreenivasan himself joined the Mysore Civil Service in 1918 and, after a varied career both with the Mysore Government and the Government of British India, became a Pradhan of the Maharaja of Mysore in 1943. In 1947 he was invited by the Maharaja of Gwalior to become the Dewan of that State. During that momentous year he was a member of the Constituent Assembly of India and in regular touch with many of the leading figures (including Mountbatten) involved in the transfer of power from British to Indian hands.

Much more than an autobiography, Of the Raj, Maharajas and Me is also a rare portrait of India during and immediately after the British Raj. The former princely States of India have been neglected by scholars, many of whom have tended to be unfairly critical. There is much in this book on the effectiveness of administration in two major princely States, which redresses the balance and makes the book a valuable document on the subject. Further, Sreenivasan provides sharp insights on the negotiations that led to the end of the Raj, and on the new polity that emerged after Independence. This absorbing book will be of particular interest to students and scholars of modern Indian history.