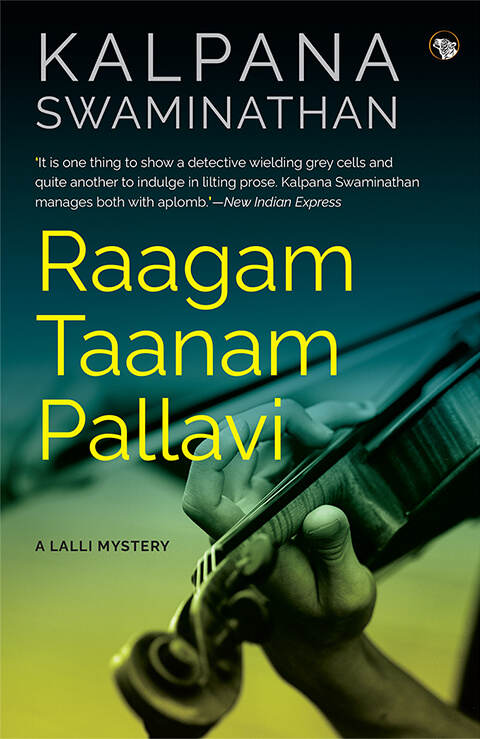 Lalli, retired policewoman—the sharpest, most intriguing detective in Indian fiction—is at it again. Solving a crime—except that this time, she suspects that she herself may be the murderer. A forgotten piece of music is her only clue. Until a second murder occurs. A man is found bludgeoned to death in the courtyard outside Subbu Bhagavathar’s house, with Subbu’s son sitting in a blood-soaked veshti next to the body. It’s an open-and-shut case, according to Inspector Shukla and his trusted aide, Shaktivel. Not so for Lalli. To get to the truth, Lalli has to turn to the myth of Murugan, the six-headed god. Murugan's weapon is his shining spear, the Vel, meant to pierce Illusion, and reveal the Truth. In the Azhagu ceremony, the devotees of Murugan undergo a ritual piercing with the vel, to shed themselves of their burdens and see the truth. Delving deep into myth and tradition, music and song, Lalli slowly uncovers the truth. Of two crimes—one committed unwittingly, the other with deliberate and evil intent. As Sita, Savio and Dr Q rally around her, Lalli is determined to get justice for the victims, whatever the cost to herself.

Steeped in musical tradition and folklore, Raagam Taanam Pallavi is as much a treat for music lovers as it is for those who love a good whodunit. Kalpana Swaminathan excels herself in this latest addition to the much-loved detective series combining literary panache with a talent for sleuthing.