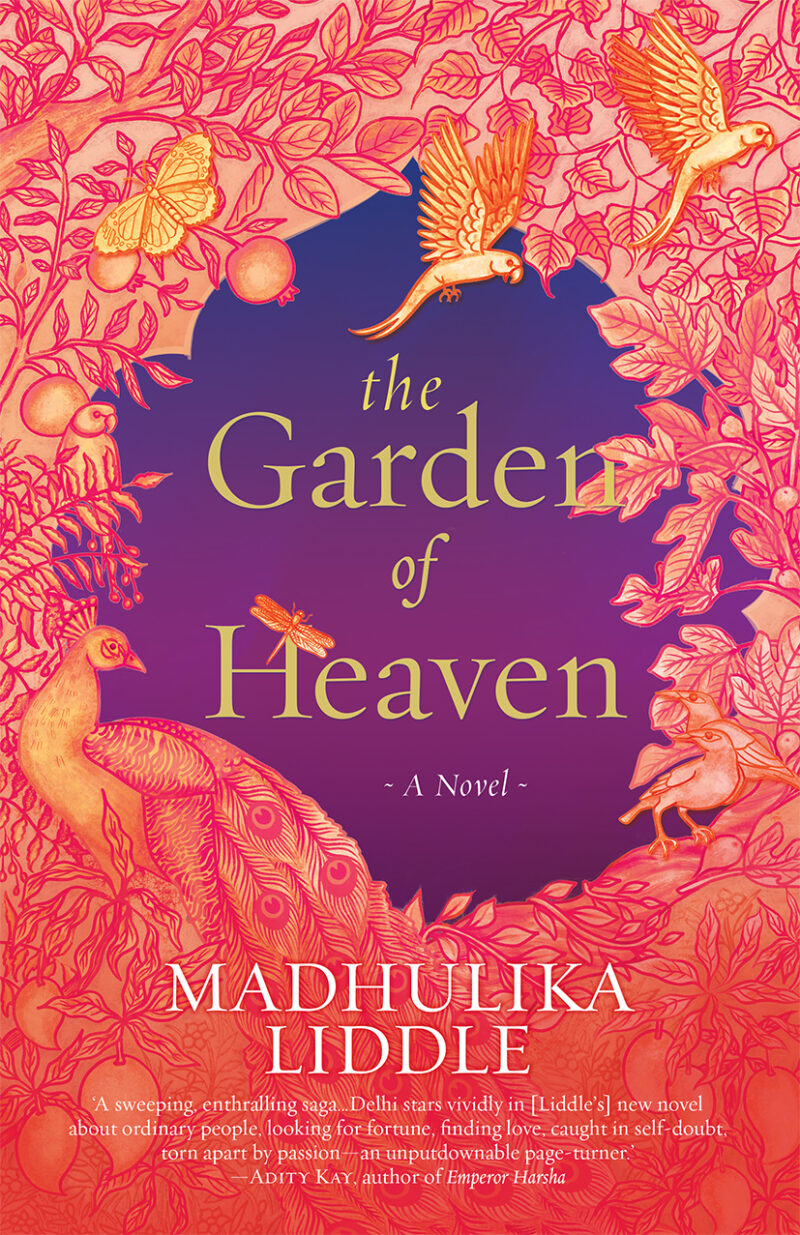 The Garden of Heaven: A Novel

A magnificent stone frieze?built up into curves and flourishes, peacocks and curving vines and trailing leaves?runs like a thread through this gripping, sweeping saga that spans a period of two hundred years between two invasions of Dilli?that of Muhammed of Ghur in 1192 CE, and Taimur in the winter of 1398. For whom was it carved, and what happened to it as family fortunes and dynasties rose and fell?

Ten-year-old Madhav comes to Dilli after his world is torn apart by the battle in which Prithviraj Chauhan loses his throne and his life, paving the way for the Delhi Sultanate. In the teeming city, Madhav starts a career as a stone carver, and the craft becomes a manifestation of his very being. It eventually inspires him to create his masterpiece, a stone frieze that he calls the Garden of Heaven.

Running parallel to Madhav’s story is that of another family of stone carvers?Nandu, his arrogant daughter Gayatri, and Gayatri’s daughter, Jayshree, who befriends an unusual, headstrong young woman who wears the clothes of a man and one day leads her army into battle as Razia Sultan. A gentle courtier named Amir Khusro also plays a part in this grand drama, as does Ibrahim, whose forbidden love for Chhoti brings two families together. And then there is poor and lonely Shagufta, who rescues Nasiruddin, a wounded Timurid soldier, and to distract him from his agony, tells the story of her city and herself?

A richly human, layered and dramatic narrative about Delhi on the threshold of a new phase in its long and eventful history, The Garden of Heaven holds the reader in thrall till the end.

Liddle, with a prose in tune with the past it speaks of, skilfully pieces together a narrative from the definitive events of Delhi’s history.