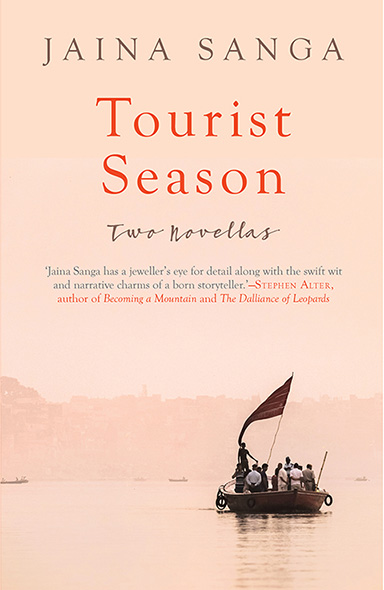 A compelling duet of novellas, in exquisite prose, that capture the nuances of time and place, each one featuring a protagonist who is at heart a dreamer.

Tourist Season features Ramchander, a small-time shopkeeper in a Himalayan hill station, whose quiet existence is disrupted when a tourist woman from Mumbai finds a 17th-century antique amidst the paraphernalia of his shop. When he signs up for a project that involves relocating the town?s monkeys, which has a disastrous outcome, Ramchander is presented with a momentous dilemma: should he fulfil his romantic yearnings and follow the tourist woman to Mumbai? Or, should he continue his dull life in the hill station, walking the mountains, and running his provision shop?

In The River, Girnar, a middling professor of Hindu mythology in Ahmedabad, nurtures a secret ambition of one day becoming a novelist of renown. When the members of his housing society embark on a Ganges pilgrimage, Girnar decides to accompany them. In Benares, he encounters an American reporter, a woman who is writing an article about the polluted river. When he accompanies her to interviews, acting as translator or expounding on the idiosyncrasies of Indian culture, his days become filled with adventure. He dreams of a new life with her, but as she departs on a train to Delhi, Girnar?s own words to her come back to haunt him, and he realizes that his true happiness lies elsewhere.