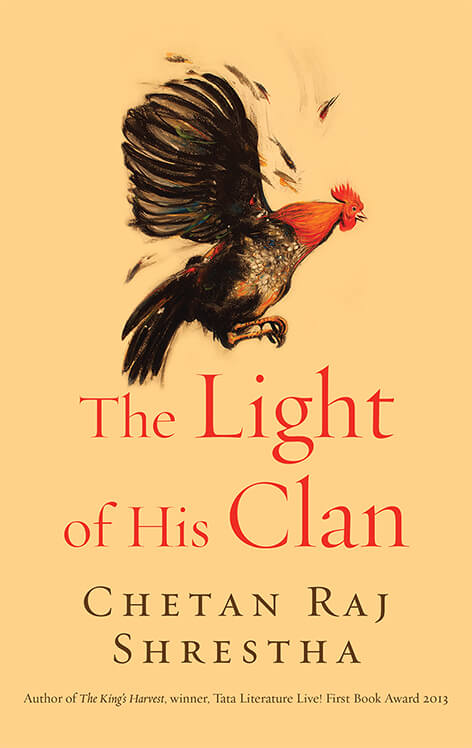 The Light of His Clan

Kuldeep Chandanth, ex-Minister of the Government of Sikkim, leading light of his community, and foul-mouthed, caste-obsessed, ageing patriarch, is in the final siege of his illustrious life. His clanspeople are helping him in his lifelong efforts to uplift them by opposing his every suggestion, and his three children have refused the responsibility of carrying forward his life’s work.

Pradeep, his eldest son—from his second wife—is a feckless engineer with the Department of Village Roads. Pradeep is determined to protect the honour of his department’s lady clerks from the attentions of his half- brother Yograj, a ladies’ man committed to his pleasures.

Yogita, the ex-Minister’s only daughter, works in Delhi, and is eternally on the verge of returning to Sikkim to look after him. His servant Pemba is dedicated in his attempts to feel up Ai Doma, the momo-seller who lives next door.

And just as the ex-Minister gives up hope from the living, the ghost of his third wife, Sumitra, dead for twenty years, returns to point an accusing finger at him.

Set in Gangtok, The Light of His Clan follows—over days of hail, rain, mist and sun—the ex-Minister as he navigates the treachery of those once close to him, schemes for and against his children, and battles the final stiffening of his bones. Funny, compassionate, wise, and full of memorable characters, The Light of His Clan is a triumph.