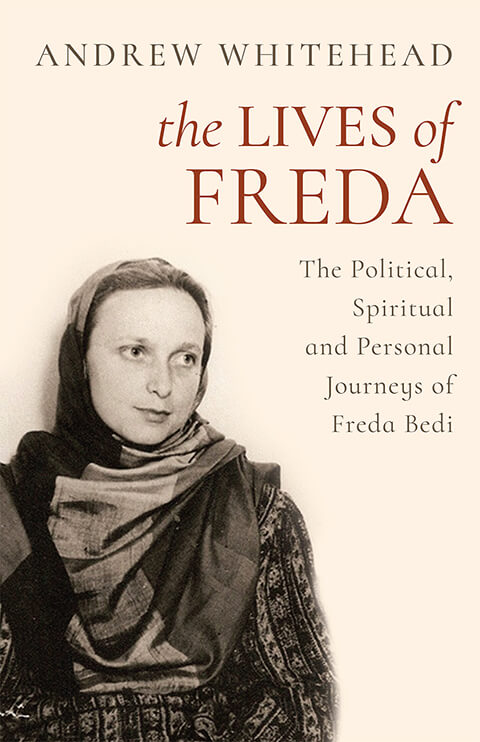 The Lives of Freda

The extraordinary story of an Englishwoman who became Indian; a person born and raised at the heart of Empire who went to jail because she believed in a free India; a Christian girl who became a world renowned Bhiksuni, a Buddhist nun. From the moment she married a handsome young Sikh at a registry office in Oxford in 1933, Freda Bedi, née Houlston, regarded herself as Indian, even though it was another year before she set foot in the country. She was English by birth and upbringing—and Indian by marriage, cultural affinity and political loyalty. Later, she travelled the world as a revered Buddhist teacher, but India would remain her home to the end. The life of Freda Bedi is a remarkable story of multiple border crossings.

Born in a middle-class home in provincial England, she became a champion of Indian nationalism, even serving time in jail in Lahore as a Satyagrahi. In Kashmir in the 1940s, while her husband B.P.L. Bedi drafted the ‘New Kashmir’ manifesto, she assisted underground left-wing Kashmiri nationalists, and joined a women’s militia to defend Srinagar from invading Pakistani tribesmen. In 1959, she persuaded Nehru to give her a role coordinating efforts to help Tibetan refugees who came with the Dalai Lama and immersed herself in the project, setting up a nunnery and a school for young lamas. Some years later, she became the first western woman, and possibly the first woman ever, to receive full ordination as a Tibetan Buddhist nun.

This meticulously researched and superbly written biography does perfect justice to Freda Bedi’s extraordinary life. By interviewing her children and friends, and delving into the family’s extensive archives of letters and recordings—as well as official records and newspaper archives—Andrew Whitehead paints a compelling picture of a woman who challenged barriers of nation, religion, race and gender, always remaining true to her strong sense of justice and equity.