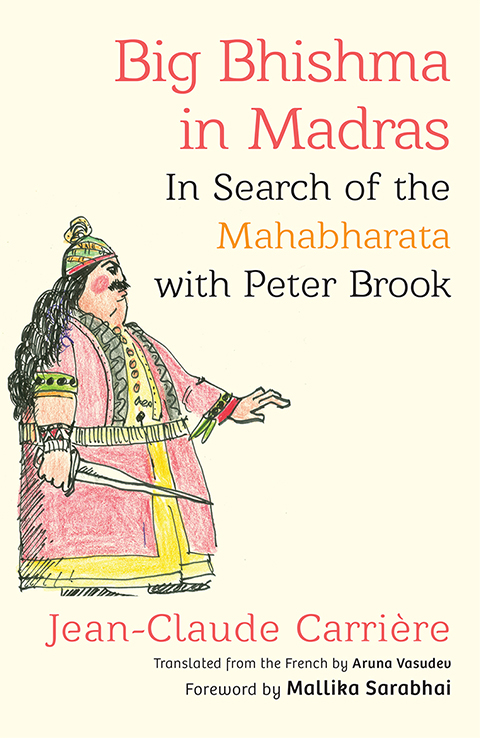 Where can one find the Mahabharata? The facile answer is ‘India’.

A chance comment in 1974 fired Peter Brook and Jean-Claude Carriere with the idea of producing a play based on the epic. Together they travelled across India, searching for all possible theatrical forms of the great poem. The result was an epic play—9 hours with two intermissions—later made into a film and a TV series, which has become a landmark in theatre. Another result was this delightful book made from the notes that Carriere jotted down during his travels, whose charm is enhanced by his piquant illustrations that run through the pages.

The ‘sacred frenzy’ of Theyyam in a Kerala village and the intricacies of Kathakali are interwoven with their encounters with the aged Shankaracharya of Kanchipuram, a ‘one-in-three saint’, and the legendary Satyajit Ray in Kolkata. Here they also meet Professor P. Lal, who has been working for twenty years on translating the Mahabhararta into English. It is vignettes like these that make their search for the epic into a journey that shows India, through Carriere’s words and sketches, in a way it has never been seen before.