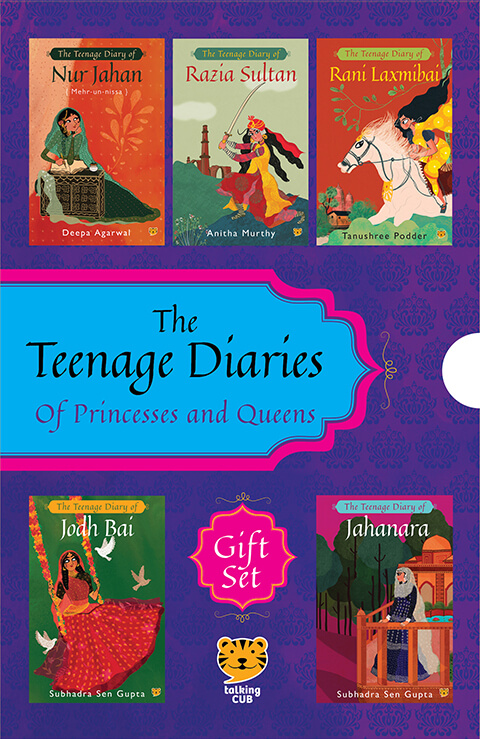 The Teenage Diaries of Princesses and Queens

Weaving fact and fiction, this series recreates the growing-up years of some of Indian history’s most famous queens and princesses in their own voices. This is history made entertaining and intimate. The Teenage Diary of Nur Jahan by Deepa Agarwal: An absorbing account of the adolescent years of the most influential Mughal empress. The Teenage Diary of Razia Sultan by Anitha Murthy: The tender and stirring story of the brave girl who defied the orthodoxy to become the ruler of the Delhi Sultanate. The Teenage Dairy of Rani Laxmibai by Tanushree Podder: An inspiring portrait of the girl who would grow up to become the legendary warrior-queen of Jhansi. The Teenage Diary of Jodh Bai by Subhadra Sen Gupta: A heartfelt story of a young Rajput princess who became one of the greatest queens of the Mughal empire. The Teenage Diary of Jahanara by Subhadra Sen Gupta: A gripping and lyrical diary of Emperor Shah Jahan’s daughter who witnessed both the terror and the majesty of a great empire.