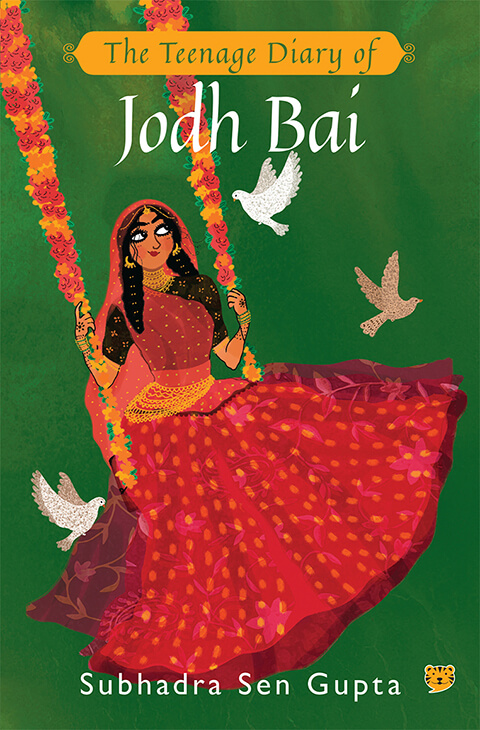 The Teenage Diary of Jodh Bai

In the Rajput kingdom of Amber, Jodh Bai, daughter of King Bihari Mal, is now a teenager. Her clan, the Kachhwahas, are a proud warrior race, but Jodh Bai is a dreamer and poet at heart. When she picks up an empty accounting book and starts writing her thoughts in it, she ends up recording the happenings in the world around her—the joys, sorrows and ambitions of the women, the brothers and uncles who are trained to be warriors, the beauty of the arid landscape, and the politics of the times that is bringing the Mughals from distant Agra closer and closer to Rajasthan. Then one day, she is told something unbelievable—she is going to wed the Mughal emperor Akbar. How will Jodh Bai, a Hindu princess, live in the Mughal zenana? Will she find a true companion in Akbar? And what will life be like away from her beloved Rajasthan? History does not record the existence of Jodh Bai. Instead, Akbar’s Rajput wife is only referred to by the royal title of Mariam-us-Zamani. But in this heartfelt fictional diary, Subhadra Sen Gupta skilfully brings alive the story of a young Rajput princess who went on to become a powerful queen of the Mughal empire.