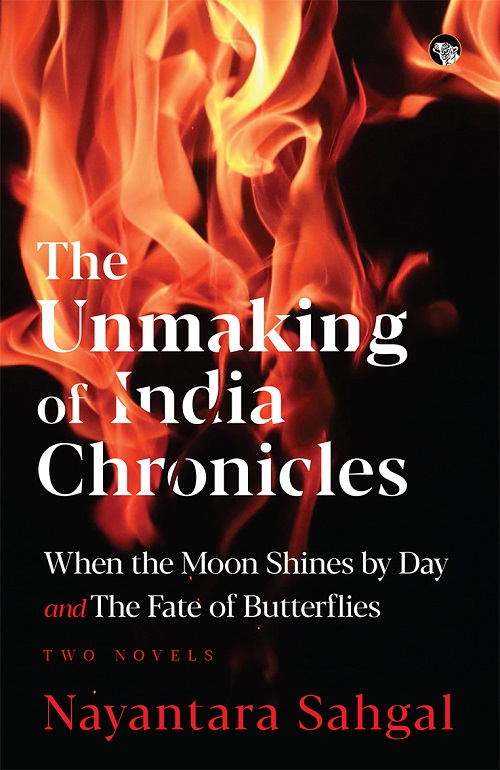 The Unmaking of India Chronicles

When the Moon Shines By Day is about a troubled time in India?the present. Rehana finds her father’s books on medieval history have ‘disappeared’ from bookstores and libraries. Her young servant, Abdul, discovers it is safer to be called Morari Lal in the street. There is no such protection from vigilante fury for his Dalit friend, Suraj. Kamlesh, a diplomat and writer comes up against official wrath for his anti-war views.

Presiding over this changing India is the Director of Cultural Transformation whose smiling affability masks a relentless agenda to create a Hindu master race.

A fitting sequel to the first novel, The Fate of Butterflies tells the story of Prabhakar, who, returning home one evening, comes upon a corpse at a crossroads, naked but for the skullcap on his head. Days later, he listens to Katerina’s stark retelling of a gang rape in a village, as chilling as only the account of a victim can be. And in a macabre sequence, he finds his favourite dhaba no longer serves gular kebabs and rumali roti, while Bonjour, the fine dining restaurant run by a gay couple, has been vandalised by goons.

Casting a long shadow over it all is Mirajkar, the ‘Master Mind, brilliant policy maker and political theorist, who is determined to rid the country of all elements alien to its culture?as he, and his partymen, perceive it.

In these two brilliant satires, Nayantara Sahgal draws a telling portrait of our times.