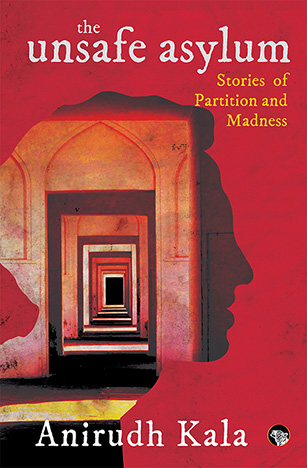 ‘Is it Partition time again?’ Ma asked when I drove her to the station to put her on a train.

Feeling her heart pounding against my chest, I patted her on the back and said, ‘Don’t be silly. Partitions do not happen every day.’

But that was later.

In the aftermath of Partition, India exchanged the Muslim patients in its Mental Hospitals for their Hindu and Sikh counterparts in Pakistan. This collection of interlinked short stories explores the impact of this decision in both countries, against the larger backdrop of the ongoing consequences of Partition. Rulda Singh and Fattu (Fateh Khan), recently discharged patients from Lahore’s Mental Hospital, find themselves separated by the deportation, possibly for ever. Years later, Prakash Kohli, an Indian psychiatry student, hears Rulda’s account of his journey to India, with its casual official cruelties and unexpected tenderness. When he visits Lahore at last, Prakash discovers the story of his own birth in 1947, forms a lifelong friendship with a Pakistani colleague—and realizes that nobody knows why so few mental patients survived the exchange.

As Prakash becomes troubled, and then fascinated by finding the missing stories of these patients, he realizes that Partition continues to have a profound effect on the psyches of the ordinary people whom he treats. A middle-aged woman passes on a recurring delusion of being chased by murderous mobs to her children. A young boy from Simla is convinced that Benazir Bhutto, the Pakistani President’s daughter, loves him and they discuss world affairs in his dreams every night. An elderly lawyer recounts a love story, doomed by impassable bureaucratic hurdles. And Prakash, seeing Punjab go up in flames again under a militant call for another land of the pure, wonders if Partitions can continue to happen every day, after all.

These stories, and more, with their recurring and shared characters, remind us that Partition does not merely lie in the past. Powerful and unsettling, this collection is essential reading.