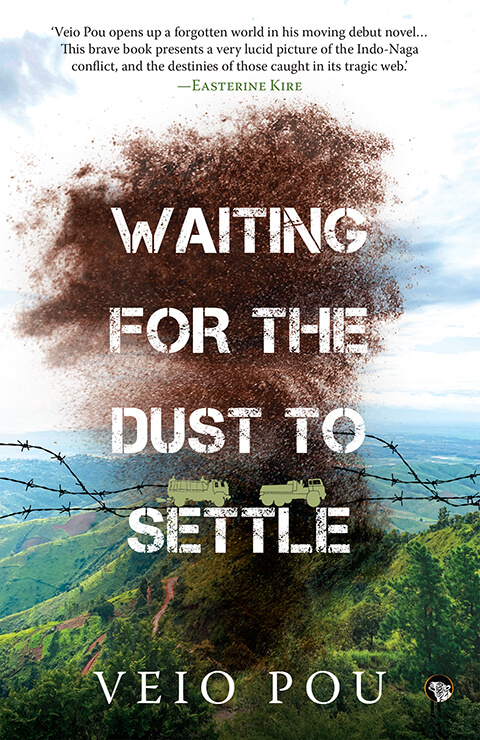 Waiting for the Dust to Settle

Ten-year-old Rakovei watches the army convoy rushing daily past his house in Senapati town and dreams of the day when he too will be a soldier. It is only when tragedy strikes his family that he comes to see the truth behind the glamour of military uniforms?

Set in Manipur during the 1980s and 90s, this novel follows the shared destinies of Rakovei and his family and community. Life is peaceful in the Naga villages around Senapati, until the spring of 1987, when cadres of the Nationalist Socialist Council of Nagaland (NSCN) attack the Assam Rifles outpost at Oinam Hill, and brutal retaliation follows?codenamed Operation Bluebird. Village after village is occupied, and young Rakovei, visiting his native village of Phyamaichi, witnesses the horror?ordinary men and women tortured and executed; homes and shops ransacked and burnt down. Deep disillusionment sets in as Rakovei begins to understand how his people suffer, caught in the war between the Indian Army and the Naga underground. The only chance of even basic security seems to lie far away, in the ‘mainland’, but it comes with the dark shadows of prejudice and racism.

Waiting for the Dust to Settle provides a poignant, often searing, glimpse into the realities of life for ordinary Nagas in the turbulent final decades of the twentieth century, even as it chronicles with great sensitivity the resilience of these men and women caught between hope and despair.