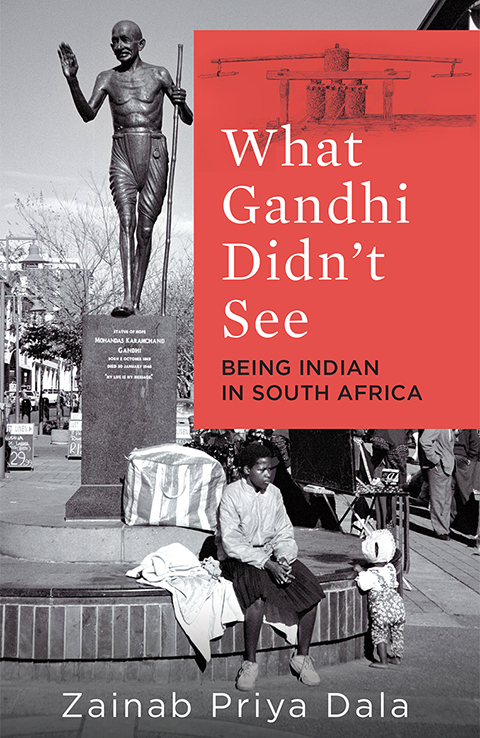 From the vantage point of her own personal history—a fourth-generation Indian South African of mixed lineage—indentured as well as trader class, part Hindu, part Muslim—Dala explores the nuts and bolts of being Indian in South Africa today. From 1684 till the present, the Indian diaspora in South Africa has had a long history. But in the country of their origin, they remain synonymous with three points of identity: indenture, apartheid and Mahatma Gandhi.

In this series of essays, Zainab Priya Dala deftly lifts the veil on some of the many other facets of South African Indians, starting with the question: How relevant is Gandhi to them today? It is a question Dala answers with searing honesty, just as she tackles the questions of the ‘new racism’—between Black Africans and Indians—and the ‘new apartheid’—money; the tussle between the ‘canefields’ where she grew up, and the ‘Casbah’, or the glittering town of Durban; and what the changing patterns in the names the Indian community chooses to adopt reflect.

In writing that is fluid, incisive and sensitive, she explores the new democratic South Africa that took birth long after Gandhi returned to the subcontinent, and the fight against apartheid was fought and won. In this new ‘Rainbow Nation’, the people of Indian origin are striving to keep their ties to Indian culture whilst building a stronger South African identity. Zainab Priya Dala describes some of the scenarios that result from this dichotomy.