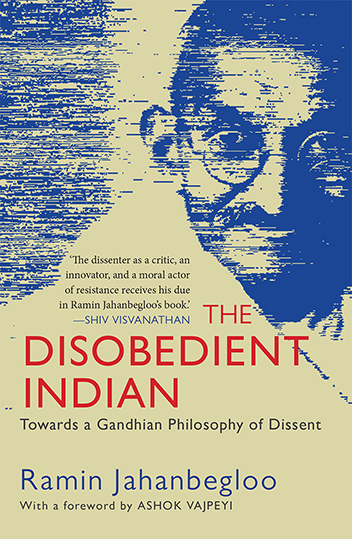 ‘[This] book succeeds in making us see the poetics of disobedience in the utterly illiberal prosaic ethos of our times, in the light of giving Gandhi a new radical and transformative significance.’—Ashok Vajpeyi, from the Foreword

In this original and timely book, Ramin Jahanbegloo, one of the world’s leading political philosophers, engages with the most pressing question facing all of us today: is it not our duty, as free and autonomous citizens of democracy, to question and speak out against all authority? Should we not take back the power from self-interested political actors in the true spirit of Gandhi, for whom Swaraj was more than mere freedom from oppression? The core idea of Gandhi’s philosophy of resistance, Jahanbegloo argues, is his unshakeable conviction that it is no longer possible to organize political action without disobedience. Democracy, to be worthy of obedience, he says, must be structured so that every citizen can question and disobey unjust laws and institutions. This is what Mahatma Gandhi still tells us, more forcefully than any other thinker of the twentieth century.

The Disobedient Indian is a compellingly argued, persuasive handbook about the history, philosophy and necessity of disobedience. It is a vital tract for our times.