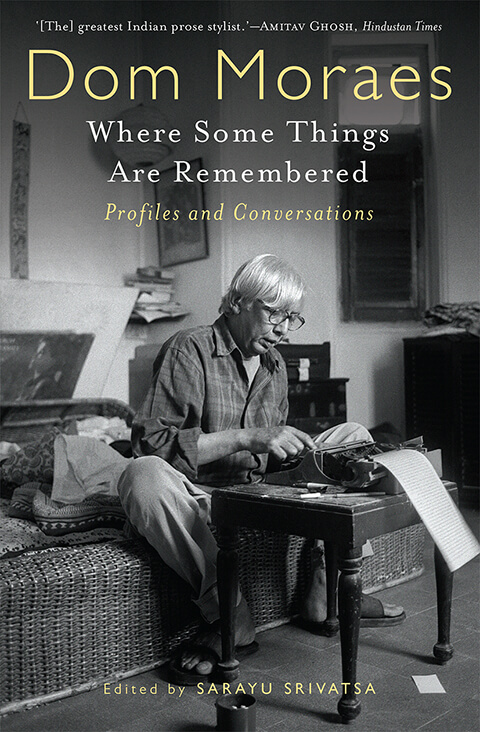 Where Some Things are Remembered

Dom Moraes was not only one of India’s greatest poets, he was also an extraordinary journalist and essayist. He could capture effortlessly the essence of the people he met, and in every single profile in this sparkling collection he shows how it is done. The Dalai Lama laughs with him and Mother Teresa teaches him a lesson in empathy. Moraes could make himself at home with Laloo Prasad Yadav, the man who invented the self-fulfilling controversy, and exchange writerly notes with Sunil Gangopadhyaya. He was Indira Gandhi’s biographer?painting her in defeat, post Emergency, and in triumph, when she returned to power. He tried to fathom the mind of a mysterious ‘super cop’?K.P.S. Gill?and also of Naxalites, dacoits and ganglords.

This collection is literary journalism at its finest?from an observer who saw people and places with the eye of a poet and wrote about them with the precision of a surgeon.