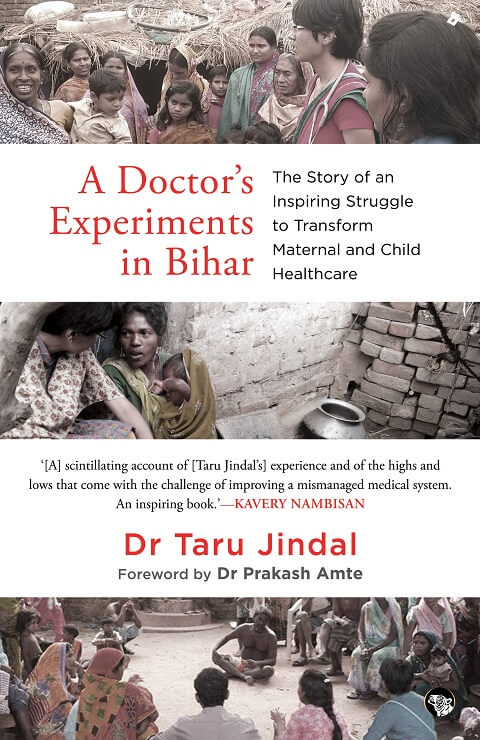 A Doctor’s Experiments In Bihar

Public health in India, especially maternal and child healthcare, has suffered from a long history of neglect and mismanagement. Among the most tragic consequences of this are to be seen in Bihar, the state with the highest rates of infant and maternal mortality in the country. In 2014, Dr Taru Jindal, a young gynaecologist from Mumbai, went to work in Bihar’s Motihari District Hospital, hoping to use her medical knowledge to make a difference in the lives of people who had limited access to trained doctors. Instead, she found herself battling apathy, callousness and appalling inefficiency. Doctors rarely attended to the pregnant women, forcing maintenance and cleaning staff to deliver babies; medical equipment like the Ambu bag, the most essential resuscitation device for babies, were unavailable; rules of hygiene were routinely disregarded as relatives and neighbours crowded the operation theatres; biomedical waste lay in the open, right next to the labour room. The same cruel pattern played out in the isolated village of Masarhi in Patna district, where Taru later managed a public health facility. In addition, most people here were wary of this doctor who prescribed blood tests and managed deliveries using forceps. And ‘upper-caste’ villagers shunned her because she walked into the segregated ‘low-caste’ Musahar tolis.

The challenges all but defeated Taru, but she found the strength to carry on. During her two-year stint in Bihar, she worked closely with the rural communities, counselling mothers and adolescent girls about reproductive health and tackling disease and malnutrition. She also collaborated with various hospital and district officials to train local women and nurses in basic healthcare. She learned as much about the failures of many of India’s policies and institutions in the health sector as about the resilience of some of the country’s most disenfranchised people.

Gripping, eye-opening and inspiring, A Doctor’s Experiments in Bihar is a testament to how a few committed individuals can bring about significant change through sheer perseverance and compassion.