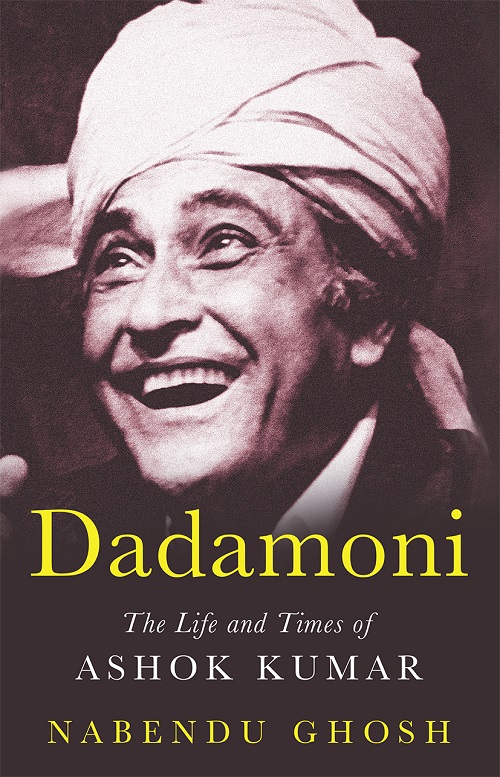 Dadamoni: The Life and Times of Ashok Kumar

Ashok Kumar (1911-2001), fondly known as Dadamoni, is one of the great icons of Hindi cinema. This warm, intimate biography traces his remarkable journey, from reluctant actor to Bollywood’s first superstar and, in his later years, a much-loved presence on national television.

Born in Bhagalpur (then in the Bengal Presidency), Ashok Kumar was enthralled by the ‘bioscope’ as a child. In his twenties, he quit his law studies and came to Bombay to become a film director. But life—rather, Himanshu Rai, the founder of Bombay Talkies—had different plans for him. Despite the director’s reservations, he was cast in the lead role opposite Devika Rani in the 1936 film Jeevan Naiyya when the original hero went missing. The same year, Ashok Kumar was paired with Devika Rani again in Achhut Kanya, which was a blockbuster. The transformation of the accidental hero into a charismatic star-actor had begun. Over the next six decades, he proved himself to be a master of the craft, playing cop and thief; genial grandfather and sly matchmaker; villain and hero; heartbroken lover and suave rake with equal ease in numerous films, including Kismet, Mahal, Parineeta, Kanoon, Gumrah, Chalti Ka Naam Gaadi, Aashirwad, Mamta, Jewel Thief, Khoobsurat and Khatta Meetha. But as Nabendu Ghosh writes, Ashok Kumar’s world was much larger—he was also a charming conversationalist, mentor, homeopath, astrologer, painter, linguist, limericist and, above all, loyal friend and devoted husband and father. This book is also a mini-history of the early decades of Bombay’s Hindustani cinema, and its pages are rich with little anecdotes featuring legends like—besides Devika Rani—Saadat Hasan Manto, Sashadhar Mukherjee, Leela Chitnis, Dilip Kumar, Dev Anand, Meena Kumari and B.R. Chopra. Sarojini Naidu and Jawaharlal Nehru make brief appearances too, as does Morarji Desai.

For anyone interested in the Hindi cinema of yesteryears—in its cosmopolitanism, camaraderie and charm—this thoroughly engaging book is a must-read.