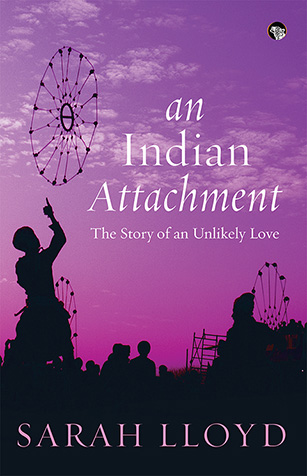 In the 1970s, Sarah Lloyd, a landscape architect from England, was at a railway station in Calcutta when she met Pritam Singh—nicknamed Jungli by his mother—a Nihang Sikh with a ‘powerful face that instantly compelled’ her. Soon after, Sarah travelled to Amarkot, Jungli’s village near Amritsar, and started living with him and his extended family—his stepfather, Pitaji; his mother, Mataji; Balwant, Jungli’s brother, who came and went; and his unhappily married sister, Rajinder.

As she observed—and battled—the routines of an alien life, and tried to fit some of the moulds set out for her, Sarah came to understand Jungli better—his generosity of spirit, his idealism, his beliefs, and his unquestioning love for her—even as she realized her own ambivalence about him. She also learnt to deal with his temper, his bouts of despair, and his addiction to opium. After Mataji threw Jungli out, the couple moved to Chandinagar in UP, where Jungli worked at a Sikh dera. There they lived in a one-room hut, cheek by jowl with families even poorer than them, each one dependent on Santji, the dictatorial saint who ran the dera. And it was there that she inevitably, finally ended their relationship.

An account of an unlikely love, and a rare and unusual portrait of rural India, An Indian Attachment is a compelling read: forthright, spare and—in its psychologically complex examination of desire and disillusionment—timeless.