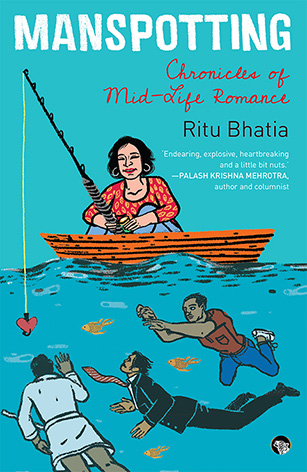 How well does a single woman hitting her forties fare in the urban jungle of romantic relationships? When Delhi-based writer and journalist Ritu Bhatia turned single in middle age, and set forth to discover a new life and romantic relationship, she had no idea of what she was up against. All the books she could find were for the twenty- and thirty-somethings, not women of her generation, which led her to chronicle her own experiences. Optimistic about finding true love, she discovers the city has all kinds of men looking to mingle: there?s the debonair single dad, who wants her to play stepmom; a middle-aged singleton who can?t be parted from his Mommy; a dashing Mr India who turns into Mr Sleazy when she enters his apartment; and a smooth-talking salsa dancer who sweeps her off her feet. Keeping pace with a younger man, she finds, needs vast reserves of energy?and a generous budget for gyms and beauty treatments, bringing her attempts to turn into a ?desi cougar? to nought.

Told with engaging wit and candour, Manspotting looks at the metamorphosis of love, sex and relationships over two decades, in a culture beset with contradictions and judgements about women?s interactions with the opposite sex. The future of romance, says Ritu, depends upon the willingness of men and women to step out of gender stereotypes and embrace unconventional relationships that allow partners to live on their own terms.