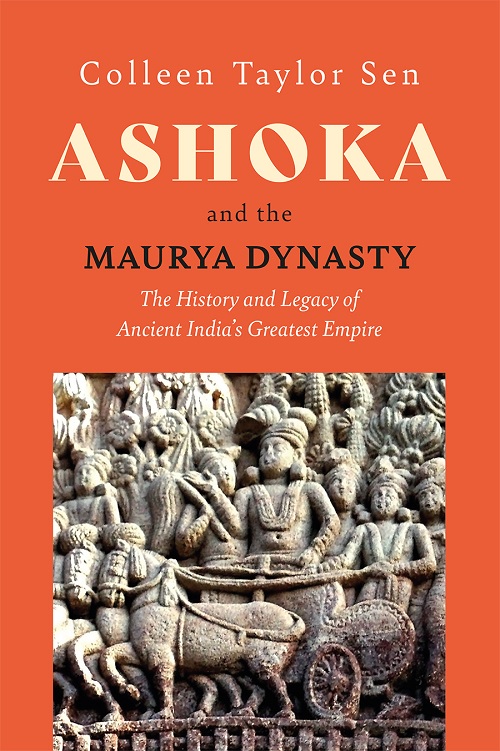 Ashoka and the Maurya Dynasty

At its peak in 250 BCE the Maurya Empire was the wealthiest and largest empire in the world, extending across much of modern India, except a small area in the far south, Pakistan and parts of Afghanistan up to the Iranian border. The Maurya capital, Pataliputra, was one of the largest cities of antiquity. India (although it was not yet called by that name) was a global power that traded and maintained peaceful diplomatic relations with its neighbours, as far afield as Greece and Egypt.

Of the seven or eight Maurya emperors, two are remembered today as among India’s greatest leaders: Chandragupta Maurya and his grandson Ashoka. Chandragupta, the founder of the Maurya dynasty, created his empire by both war and peaceful means. He was the first Indian leader known to have signed an international treaty (with the Greeks in the northwest).

His grandson Ashoka, after conquering Kalinga in a bloody war in 261 BCE, renounced violence. He then spent the rest of his life advocating and propagating a policy of religious tolerance, kindness to all creatures and peaceful coexistence in a multicultural society—a policy he called Dhamma.

In this book, Colleen Taylor Sen explores the life, achievements and legacy of Emperor Ashoka. This well-illustrated book explores the legacy and influence of the Mauryas in politics throughout Southeast Asia, China and India, as well as in contemporary popular culture.