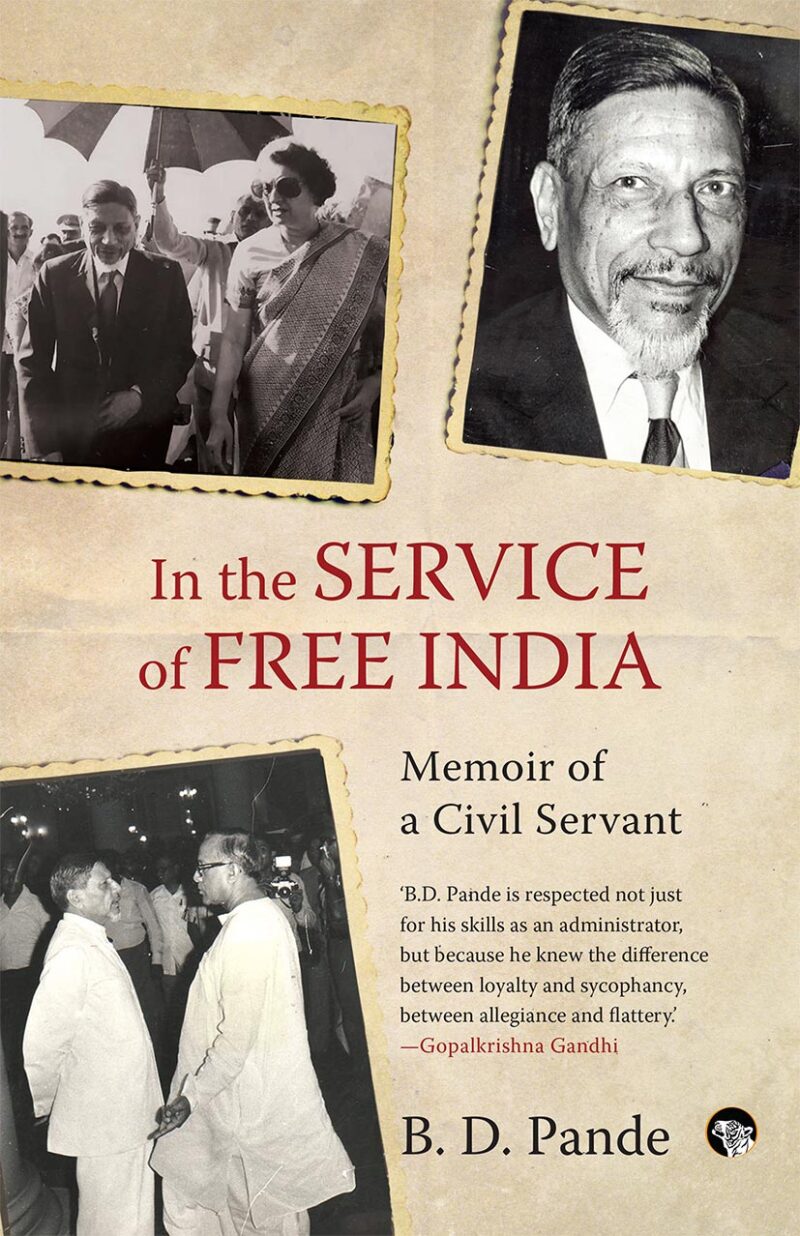 In the Service of Free India

In the decades following 1947, as the tallest national leaders were building a new India, they were supported by a band of idealistic civil servants fiercely committed to the country’s Constitution and its people. Among these remarkable officers was Bhairab Datt Pande, a young man from the Himalayan district of Kumaon, who joined the Indian Civil Service in 1939. Over almost forty years as civil servant, and later as governor, he played an important role in the country’s administration, and interacted with leaders like Indira Gandhi (as cabinet secretary during the Emergency), Morarji Desai and Jyoti Basu. His memoir—which, respecting his wish, is being published posthumously—is a fascinating record of his own life and that of India in the half century after Independence.

Pande chronicles several landmark events and initiatives that he either participated in or witnessed. He helped increase food-grain allotment to the state as food commissioner of Bihar in the early 1950s and drew up a new famine code as land reforms commissioner. His work in the Community Development programme some years later still has important lessons for today’s Panchayati Raj institutions. After retirement, he was governor of West Bengal during the resurgence of Naxalism in the early 1980s, and of Punjab in 1983-84—a tragic and turbulent year in the history of the state and the nation. Pande chose to resign as governor rather than carry out unconstitutional orders. His compelling narration of the behind-the-scenes events and negotiations leading up to the Anandpur Sahib Resolution and Operation Bluestar is of great value.

Engaging and inspiring in equal measure, this memoir is both a fascinating record of an extraordinary life and an important and revealing historical document.

Civil servant BD Pande’s memoir In The Service of Free India offers an insider’s account of some of Indian politics’ defining moments, including Emergency and the events leading up to Operation Blue Star.