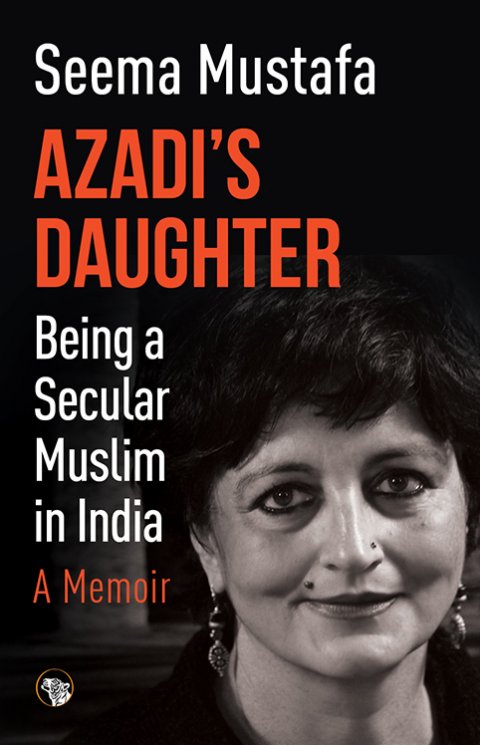 Azadi’s Daughter: Being a Secular Muslim in India

Journalist Seema Mustafa writes evocatively of the secular, pluralist India of the 1960s and ’70s, chronicling her life as a Muslim woman born into the nationalist, progressive Kidwai family in Lucknow. As a child, her life was untouched by communalism, and even as she realizes that this was not the case for many, her book is a testament to the syncretic nature of secularism, in which a staunchly Muslim household was not limited to conservative interpretations of Islam.

Seema Mustafa incisively charts the events which have slowly begun to erode this tolerant, diverse ethos—the government’s handling of the Shah Bano case in the 1980s, the demolition of the Babri Masjid in the 1990s, the mass arrests and torture of Indian Muslim youth in the aftermath of the 9/11 bombings, and the Gujarat riots of the 2000s. She also examines the current state of secularism where people face marginalization and the threat of violence merely for exercising their right to religion, to livelihood and even to what they eat. This book should set to rest lazy assumptions about Indian Muslims, and women in particular. Even as it highlights the dominant concerns of Indian Muslims—security, employment, education, housing—it also underlines their abiding faith in Indian democracy and its pluralistic ethos.

A memoir that defies old assumptions and prejudices, Azadi’s Daughter is an important account of Indian Muslims in the modern world.