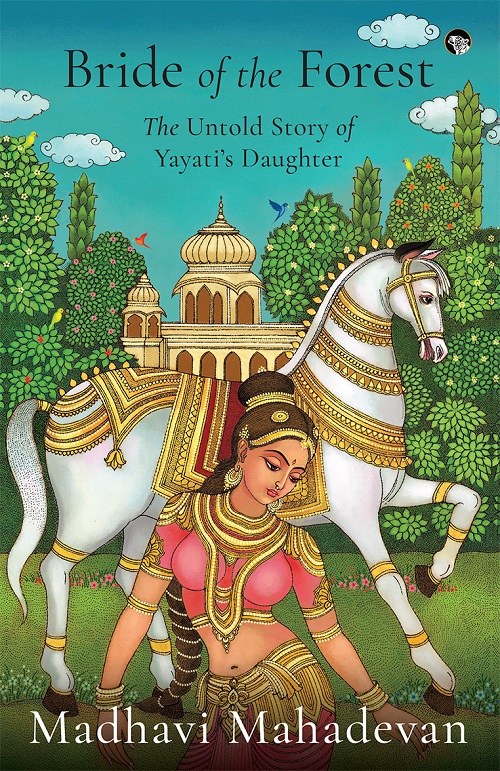 View cart “The Forest Beneath the Mountains” has been added to your cart.

Bride of the Forest: The Untold Story of Yayati’s Daughter

The myth of Drishadvati appears in the Mahabharata as the ‘story of the salvation of kings by a maiden.’ While tales of surrogacy abound in the Indian epics, this is the first known example of a womb-on-rent. This strange story—of a girl whose fertility was bartered repeatedly in exchange for priceless horses—has intrigued modern scholars, playwrights and authors for its cultural significance. While earlier adaptations have cast its theme as the exploitation of a helpless woman, Bride of the Forest presents it as the story of girl who is surprisingly radical in her ultimate rejection of patriarchy.

Staying true to the original myths and springing entirely from the world of the Mahabharata, the novel brings to life several other characters: Garuda, the divine bird who flies Lord Vishnu around the world; the proud kings of Ayodhya, Pratisthan and Kashi; the arrogant queen, Devayani, and her duplicitous maid—whose stories reveal an intricate tapestry of human and divine relationships. Intertwined in the tales of traditional rivalries is the age-old war between the asuras and the devas that gave rise to the perennial male quest for immortality, transmuted into the human desire for sons that lies at the root of commercial surrogacy even today. However, it is the story of Drishadvati, her sacrifice and her nobility, that will enchant the reader.