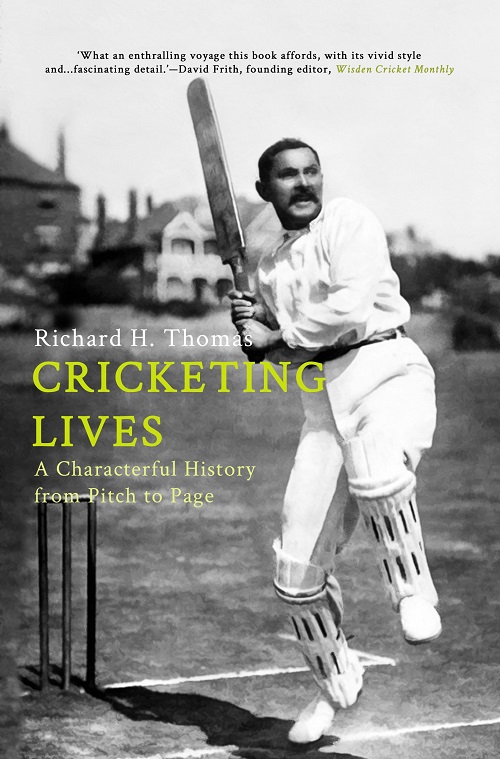 Cricket is defined by the characters who have played it, watched it, reported it, ruled upon it, ruined it and rejoiced in it. Informed, humorous and deeply affectionate, Cricketing Lives tells the story of one of the world’s greatest and most incomprehensible games through those who have shaped it, from the rustic contests of eighteenth-century England to the heady spectacle of the Indian Premier League.

This book is about the early legends, W.G. Grace and K.S. Ranjitsinghji; the run-machine Don Bradman and his infamous rival Douglas Jardine; the dashing star Tiger Pataudi and invincible superstar Viv Richards; the great all rounders Gary Sobers, Imran Khan, Ian Botham and Kapil Dev; the spin magician Jim Laker and the stunning pace bowler Michael Holding; ‘the best wicketkeeper in the world’, Sarah Taylor, and Harmanpreet Kaur, ‘who redefined the possibilities for Women’s cricket’ with a single ‘incendiary’ innings.

Rich with rare detail and hugely entertaining, this ‘characterful history’ has been hailed by leading sports writers as ‘so colourful and well told’ and so deeply researched, that it will appeal not only to cricket lovers, but ‘even those who find the game dull’!