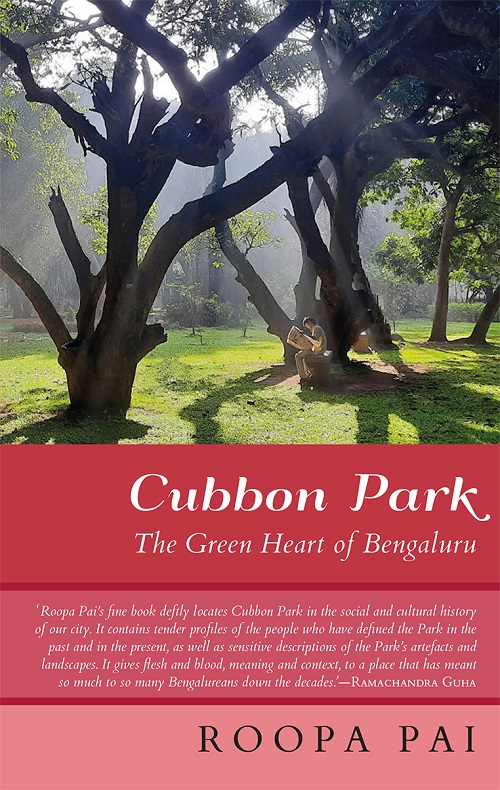 Over 150 years ago, in 1870, a public park was inaugurated in Bangalore. Designed by British engineer Richard Sankey, it spread over 100 acres and encompassed features typical to the city—granite outcrops, lush greenery, wide avenues and government buildings. Originally named Meade’s Park, it has been known to generations of Bangaloreans as Cubbon Park—sanctuary, lung space, thoroughfare, battlefield, picnic spot, repository of urban biodiversity, and public park.

In this book, the first of its kind about Cubbon Park, author, columnist and true-blue Bangalorean Roopa Pai, attempts to decode the enduring appeal of the Park. Historical sketches trace the story of not just Cubbon Park, but that of Mysore state and the city itself. Her conversations with Bangaloreans of today show the Park in all its contested glory, even as she writes about the open music spaces it once hosted and its diverse flora and fauna, the powerful lurking at its fringes. waiting to gobble it up, and the citizen activists who tirelessly protect it.

Heart-warming and meticulously researched, Cubbon Park is an enduring snapshot of a precious green space that is as much an idea as a physical entity, as fragile as it is powerful, as divisive and as it is unifying, and always central to the city’s imagination.