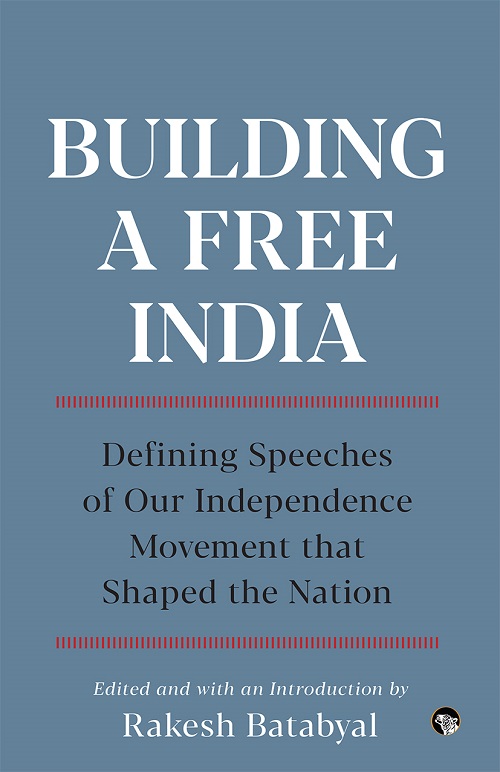 Building a Free India: Defining Speeches of Our Independence Movement That Shaped the Nation

—Sarojini Naidu, on the resolution on the national flag in the Constituent Assembly, 22 July 1947

The new public sphere that emerged in nineteenth- and early-twentieth-century India was a space that enabled magnificent public oratory, particularly that which mounted a challenge to colonial rule. From social and political platforms like the Indian National Congress, or in the courts of law, or inside legislative bodies, leaders of the freedom struggle gave eloquent and clear-eyed articulations of not only the social, economic and political problems that faced India and their possible solutions, but also the kind of sovereign nation we must collectively aspire to be. India’s democratic ethos was a product of these foundational ideas of the freedom movement.

As the movement progressed—from the economic critique of colonial rule by the early nationalists, to the unequivocal demand for Purna Swaraj and the immense moral authority of the Mahatma Gandhi-led resistance—the notion of an equal society that ensured dignity to all—irrespective of caste, class, gender or religion—came to occupy a central place in it. By the time the Constituent Assembly met in December 1946, not just civil rights, but the particular rights of women, of minorities, of the Depressed Classes and the Adivasis were being articulated and demanded, not as favours but as a matter of course. As the editor of this volume writes in his brilliant introduction, the effect of the speeches delivered by the leaders of our national movement was to focus ‘political action towards scripting an ennobling nationalism that would give us a just and equal society’.

Building a Free India brings together these landmark speeches delivered over roughly a century by the leading lights of the national movement—from Dadabhai Naoroji, Surendranath Banerjee, Bhikaiji Cama, Lajpat Rai and Tilak, to Gandhi, Nehru, Ambedkar, Bose, Sarojini Naidu and Maulana Azad—as well as a range of lesser-known but equally remarkable figures. This unprecedented collection is not only an invaluable history of our freedom movement but also of the ideas of universal equality, dignity and justice that are—and must always remain—at the root of our democracy.