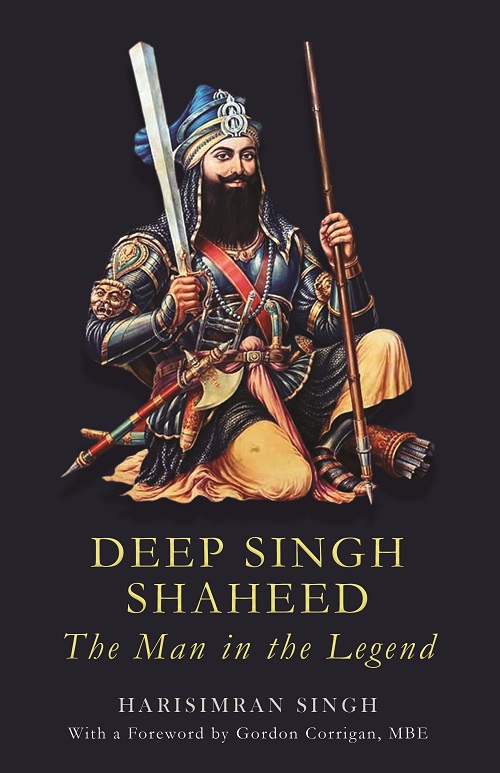 Deep Singh Shaheed: The Man in the Legend

Based on many years of research spent examining a wide range of Persian, Punjabi and English sources alongside genealogical records, oral traditions and a thorough battlefield study, this work tends to eschew hagiography to ground all research on this spiritual-cum-military leader whose life story interweaves through the turbulence of 18th-century Punjab, often referred to as the ‘heroic century’.

The author successfully brings alive the life and times of Deep Singh as the quintessential sant-sipahi (warrior-saint), the unofficial patron-saint of Courage and Resolve, and a rare embodiment of the Khalsa ideology as he seeks to faithfully answer several questions. Why has the Deep Singh narrative acquired such epic proportions to grip generation after generation? Often portrayed in prints with his head in one hand and a broadsword in the other, is he more myth than reality?

In the process of collation, analysis, and synthesis, the dialectic filtering of information through the prism of logic and probability has been an essential adjunct for the author, especially while trying to boldly separate myth from certitude for several contentious issues, including Deep Singh’s last battle fought in November 1757 near Amritsar.

This account promises to be the more memorable for its stylistic panache and equally for the generous representation of vaars in the original Gurmukhi script alongside their English transcreation in rousing rhyme.