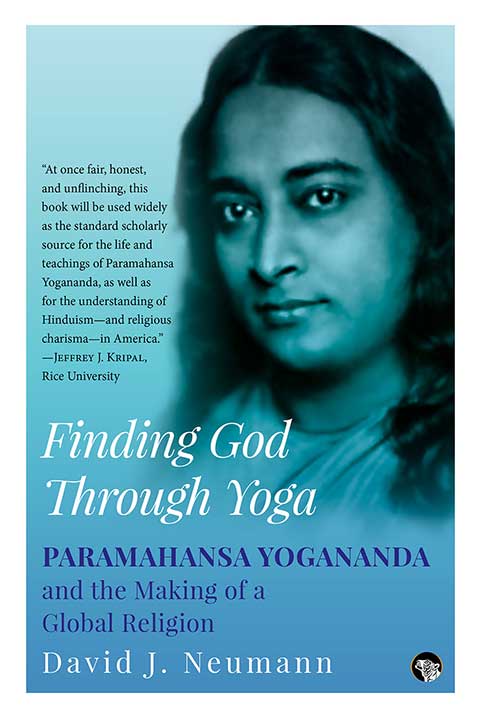 Finding God through Yoga: Paramahansa yogananda and the making of a global religion

Paramahansa Yogananda (1893–1952) wrote one of the world’s most acclaimed spiritual classics, Autobiography of a Yogi, which continues to be one of the highest-selling spiritual philosophy titles of all time. In this biography, David Neumann tells the story of Yogananda’s fascinating life while interpreting his position in religious history, transnational modernity, and western, especially American, culture. Beginning with Yogananda’s spiritual investigations in India, Neumann describes how this early ‘global guru’ emigrated to the United States in 1920 and established his headquarters, the Self-Realization Fellowship, in Los Angeles, where it continues to this day. Preaching his message of Hindu yogic philosophy in a land that routinely sent its own evangelists to India, Yogananda was fuelled by a religious nationalism that led him to conclude that Hinduism could uniquely fill a spiritual void in America and Europe. At the same time, he embraced a growing belief that Hinduism’s success outside South Asia hinged on a sincere understanding of Christian belief and practice. By ‘universalizing’ Hinduism, Neumann argues, Yogananda helped create the novel vocation of Hindu yogi evangelist, generating fresh connections between religion and commercial culture in a deepening American religious pluralism. PRAISE ‘[F]air, honest, and unflinching, this book will be used widely as the standard scholarly source for the life and teachings of Yogananda, as well as for the understanding of Hinduism—and religious charisma—in America.’—Jeffrey J. Kripal, Rice University ‘In fine style that makes this book fun to read, Neumann’s much-needed study clarifies the relationship between Christianity and Yogananda’s Hindu roots. Highlighting the development of an American Hinduism, Neumann reminds us that the great yogi died as an American citizen…but also as a thoroughly global guru well before the term became widely adopted.’—Joanne Waghorne, Syracuse University