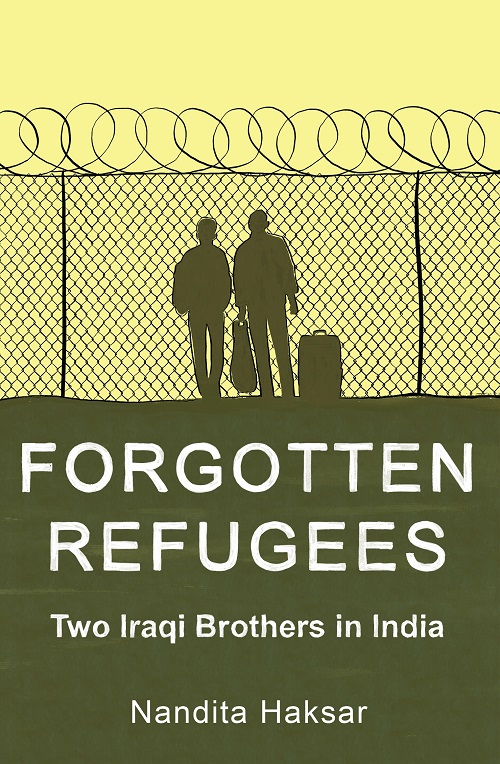 My brother and I have tried to preserve our humanity and keep alive our hope that one day we will find a country which will welcome us and a people who will embrace us.‘

This is the remarkable story—as moving as it is inspiring—of two Iraqi brothers who grow up in the midst of unending violence and become refugees, losing everything, yet refuse to be broken.

Born in 1988 and 1991, even as children they saw their country descend into chaos and impoverishment after the Gulf War, and into bloody sectarian conflict after the US-led invasion of 2003. Civil war and the sudden disappearance of their father eventually forced them to take a flight to India and seek the protection of the United Nations High Commissioner for Refugees (UNHCR).

But in a country they had been told was a place of tolerance, they became the nowhere people, branded ‘illegal’ foreigners, living in constant fear of being deported and coping daily with a communal situation where they found their Muslim identity was almost as perilous as their Shia identity in Iraq. Worst of all, the very agency that exists to support refugees like them and help with resettlement, abandoned them.

This book is the first time that any refugees in India have spoken so candidly and in such detail of their experiences. Their testimony exposes many truths about India, as it does about the international refugee problem and the world’s premier refugee agency. Written by a human rights lawyer who has set precedents in refugee law since the 1990s, it is a passionate plea for the recognition of the rights of refugees. It reminds policy makers, agencies like the UNCHR—and every one of us—that refugees are, first and always, human beings and not mere statistics.