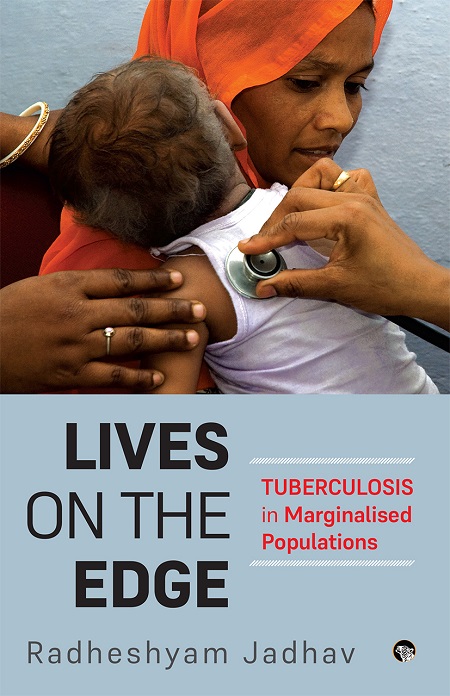 Lives on the Edge: Tuberculosis in Marginalised Populations

India is the global TB capital, home to over one-fourth of the world’s TB patients. It records over 2.8 million new TB cases each year and a growing number of drug-resistant cases that are hard to detect. An estimated 5,04,000 Indians died from it in 2020. India has claimed that it will eliminate TB by 2025, a difficult target despite the fact that the country has one of the world’s largest TB control programmes. The disease continues to devastate lives, especially among the marginalised.

Lives on the Edge focuses on the unaddressed challenges in the fight against TB. In it, award-winning journalist Radheshyam Jadhav documents the lives of the poor affected by TB, reminding us why TB cannot be controlled or eliminated without providing free and accessible healthcare, food security, and safe housing. The stories featured in this book include that of a girl who is married off at fifteen, contracts HIV from her husband and is left to fight HIV and TB all alone; women in Solapur who suffer from TB, but continue bidi rolling to earn a livelihood; devadasis who suffer brutal exploitation and live in denial of HIV and TB; transgenders who remain social pariahs; tribal communities who lack access to the healthcare system, and migrants who are dubbed ‘TB carriers’ and denied quality care.

Though considered a national emergency, TB still lacks the political attention, funding, and people-centred policymaking and programmes that it desperately needs. This powerful book is an urgent call to action.