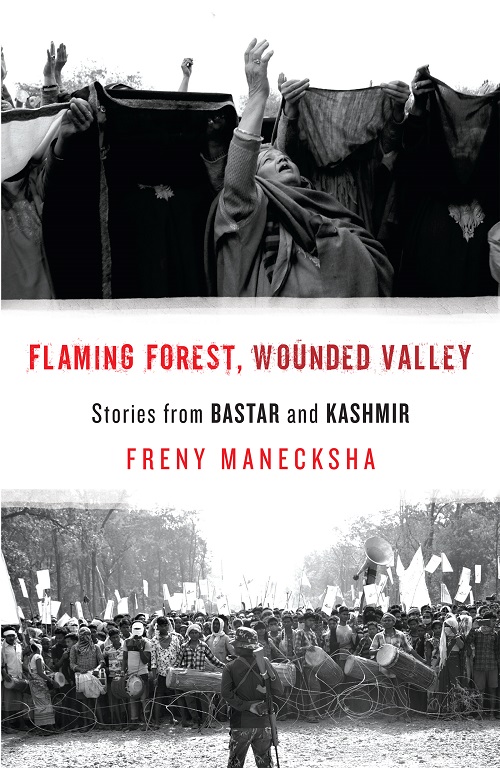 ‘This moving book shows us an India that is stitched together in pain and resistance; stories of torture coexist with hope.’—Nandini Sundar, author, The Burning Forest: India’s War in Bastar

Often insulated from the violence, urban middle class India has little idea of what it means to survive in places deeply impacted by the politics of a nation. This book gathers stories from the highly militarized regions of Bastar and Kashmir, and examines how radically spaces can be altered and become battlefronts. Concepts of home as a safe and inviolate place, courts as gateways to justice and inherent rights to livelihood, movement and human dignity, undergo a profound change.

What happened when a siege was laid in Kashmir? Coils of razor wire were unrolled, creating martial units to be manned by security forces, and mobile phones and the internet were cut off. How did communities withstand the months and months of shutdown? What happened when a beautiful and vast meadow where pastoral communities have taken their animals to graze for centuries, was leased out as an artillery firing ground? People lost their limbs, even their lives and watched in horror as a flock of sheep got blown up. Children cowered in classrooms as guns boomed and shells exploded in a firing exercise. How did people reclaim this ground?

How were Adivasis impacted when they were forced to leave the forest and ordered by the Chhattisgarh government to live in makeshift camps by the roadside or else be outlawed? Villages emptied out and there was massive displacement with the Salwa Judum unleashing unimaginable terror and violence on those who resisted. Sarkeguda was one such village but its inhabitants came back later to begin life afresh. How did the villagers react when seventeen of their people were killed one night in a field, under the open skies? How did they successfully contest the official story of it being a gunfight against Maoists? By spirited protests and confidently affirming their truth in court.

Through stories of resilience, the book celebrates the idea that heroic deeds are performed by ordinary people.